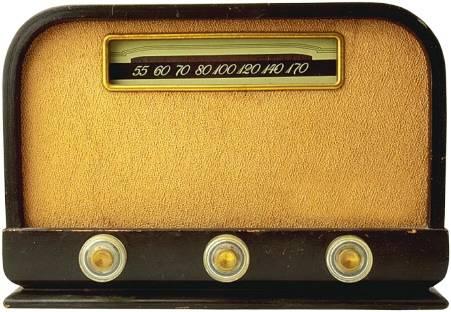 Every morning on my way to work I pay a random twenty to thirty minute visit (depending on traffic) to my six button collection of saved radio stations, but this morning I noticed something. It’s something that has always been a part my radio listening experience, but it was something that I’ve consistently ignored, that is until this morning. Usually when a commercial comes on the station I am listening to I simply switch to a new station, but this morning…oh the horror! This morning it just wouldn’t stop! It wasn’t happening on just one station, oh no! This vile airwave virus had infected three of my stations at once.

What the hell am I talking about? I am referring to the greatest defecation of the commercial creating marketing universe, the cesspool of pure evil that is the song parody commercial. Ewwww. I feel dirty just thinking about them. And not the “good” kind of dirty either, but the “I just pet a nappy 15 year old three toothed ally cat that smells like its been sleeping in its own urine for the past seven years and I have to wash my hand as soon as possible so it does not get infected and has to be amputated” kind of dirty.

Ah, the song parody commercial. Nothing says “The owner’s talentless kid is in charge of our marketing” quite like the song parody commercial. I do feel it important to point out one thing though, and that is I am not against the concept of the song parody. I mean, I do owe more than one fit of adolescent giggling do to a certain Al of the weird variety, especially his metamorphosis from Bad to Fat. I have likewise enjoyed a number of song parodies from the comedic world, but this is not what I am referring to here.

My gripe comes from bastardizing something that was once a song I enjoyed dancing to at my high school home coming 18 years ago and turning it into a humorless tool to sell some crap product. Ok, to be fair maybe the product has some value, but I would never know. You know why? Because when I hear a song parody commercial the only think I can think is “Crap, pure, cockroach covered crap.” This includes the product associated to the commercial as well.

My other gripe is that usually the original song was popular and overplayed and has definitely worn out its welcome, unless you are having an 80’s themed party. Now, thanks to the parody you have a crap song, stuck in your head, using some new crap lyrics, peddling some crap you’ll never want. And when you get to work you are stuck humming the song while you get caught up with your morning emails.

Like I said, it’s usually not a big deal, and it probably still wouldn’t be if I hadn’t experience that Bermuda triangle of song parody commercial gruesomeness. So, here are a few tips if you find yourself in this same type of situation:

As I drove in silence this morning, the only thing I found that helped was the hope that the companies responsible for those commercials did not get the rights to parody those songs and that the original artists, find out and sues them for copy right infringement. And if you happen to make a few calls moving things in that direction once you get to work, I’d just like to say on behalf of the entire human race, “Thank you for doing your part to make the world a better place for us all.”