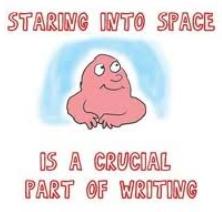 I suppose I could follow that up with “so little time,” but I do think that if I were to hire someone I could dictate too it would reduce the ‘so much’ portion of the writing and increase the ‘so little’ time factor. Hmm… no it’s still the same, just someone else would be doing a lot of the work and truth be told, I’d feel a little dirty inside for dictating. Besides it’s amazing how much rewriting I do between getting the thought from my head and onto paper (even if that paper is a visual aesthetic on my computer monitor), and published as a Smirk.

Over the past two weeks, the Smirks have been slowing down a bit. Not because of lack of motivation to write, it’s just the focus has changed a little. I’ve been putting in a lot of focus on getting my novel revised, and part focus has resulted in me putting together a bit of a review committee for my novel… or as I like to call it, ‘The Roy Mastermind Group.’ The group is a committee of willing, able, and literate (which is very important) people that I send my revisions to once a week. They, during that week, review what I’ve written and send it back with grammar corrections, notifications of missing words and bloody long sentences that really need to be shortened down a bit to keep the flow going, and pointing out sections that are confusing and/or need to be expanded on for the sake of reader clarity. 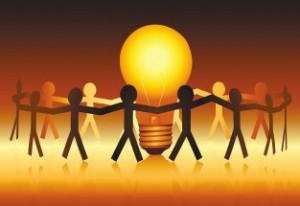 So far it’s been a brilliant and grand help. One of the things I like the most is that it gives me accountability buddies, which are people that I am accountable toward in regards to setting and keeping deadlines. It keeps me on task with writing the novel and in return they have committed to review, edit, and resend by the end of the week. I love them! We also plan on meeting once every two weeks to talk about the process, to share some of the reworked sections and to play around with some ideas that I’ve had in regards to the characters development. We also discuss things that might need to be removed completely, or moved to a later section of the book.

The first meeting was this past weekend and was a rather grand time. I made sandwiches and they showed up with beer. When the beer proved to be too hoppy I opened some wine and we got to work. I would like to point out that if you do choose to try this review committee system out for your own writing, as a general rule of thumb, keep the wine consumption to a minimum until you are finished reviewing and going over notes. The reason being, by the time you’ve opened your third bottle, everyone is in full agreement that the book is “… really, really good and if people don’t they can just…” Yeah, the productivity and effectiveness of the group can sway a bit in those moments. 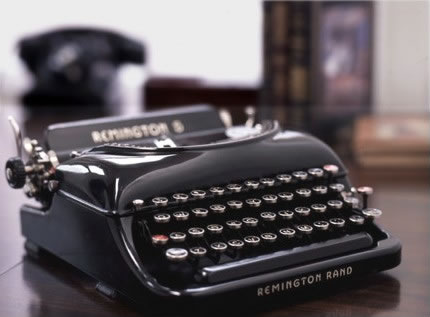 Another update that I feel is worth mentioning is the Smirk eBook I was going to do of my first 100 Smirks. Well, it is still in the works. However, I noticed as I began going thought the first 100 Smirks that not all of them are Smirks. Some are updates, some were a collection of funny images I had a friend e-mail me, and some use videos. This means there needs to be some rewrites for a few of these because eBooks don’t have hyper-links or allow for embedded videos from YouTube. Yes, it has become a little more complicated that I originally thought. Still, I have the goal to get the Smirk book done and available, and I will… eventually. I’ll keep you all posted as the process progresses further.

One last little update, I’ve started looking at switching everything from my blog’s WordPress url and will be moving it all over to a .com site. I’ve had one meeting about this already and it seems like the next natural progression of my blog. I am a little excited about it and it’s something that I’m looking forward to.

So there you have it, a few updates about things of a Smirk nature… topic anyway. I did have a friend make a Smirk request this past weekend, so I’ll be getting that written and posted in the next day or so.