Smoke if you got em! 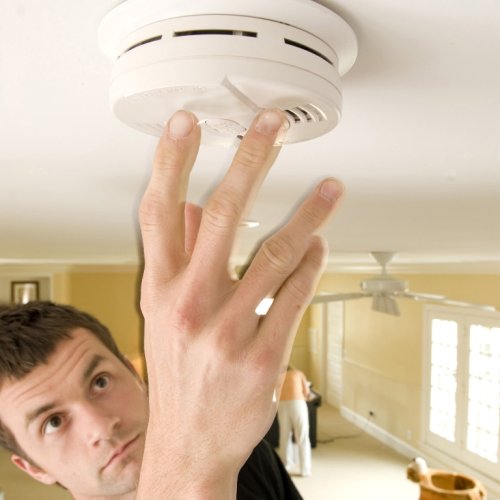 I was going share one of my new Vegas trip inspired Smirks today, but something happened last night after getting home that I feel a touch compelled to expand on. Some might call it a coincidence, but personally it seemed all too diabolical to be a mere coincidence. Once home we unloaded the car, and went through the mail, and turned on the AC, finally, because it was warmer inside the house than it was outside. Now considering we didn’t turn on the AC until June, I that as a rather impressive accomplishment. Angela and I even congratulated each other on that very fact.

As we waited for the air to begin flowing throughout the house I spent some time at the computer doing a little rereading and finally checking my e-mail for the first time that week. Eventually I went down stairs to see what Angela was up to, and to my complete lack of surprise she was sitting in front of the television working on her laptop, waiting for one of her Shirley Temple DVDs to start.

I did my best keep her company, but with the movie not half over and the clock ticking at me that it was already thirty minutes past midnight, I kissed goodnight and headed to bed, or so I thought. The long drive had worn me out so falling asleep was really not that difficult of a task. As for staying asleep, well that’s where the diabolical nature of the evening began. 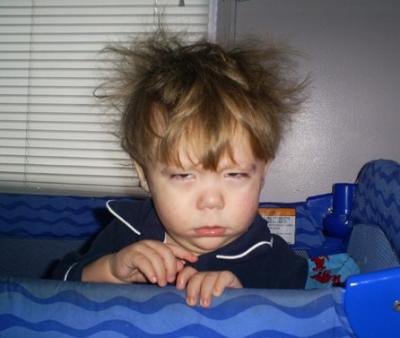 I remember Angela climbing into bed. I had no idea what time it was, but for some reason having your significant other climb into bed while you’ve been sleeping is usually one of those things people remember. It’s like when the dishes start to rattle in the cupboard and you eventually think to yourself, “Oh hey! An earthquake!” except it’s not quite as subtle as that. It was shortly after I got repositioned that I heard a faint noise what sounded like a single and very direct bird chirp. It was too dark to be the demon wake-up call bird, so I let it go with a small sigh and tried to get myself to reboot back into an REM state of slumber. All of a sudden I heard it again. Another chirp made its way into my brain and destroyed any residual sleepy time thoughts I might have been having. My mind was now full of with a slew of dirty words that were probably incomprehensible to anyone listening due my knack for sleepily mumbling profanity. 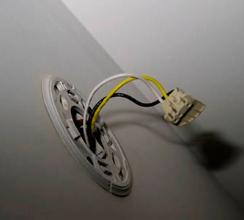 As I got out of bed, Angela informed me that the smoke detector in the television room needed to have its battery replaced. Yes, the chirping was the smoke detector doing its best to annoy its master to the brink of either bludgeoning the device into silence or, through repetition, encouraging its owner to replace the batteries. Problem was, there were no 9-volt batteries in the house and 2:15 AM going out to get batteries was nowhere on my to-do list. Kindly, Angela had removed the detector from the ceiling and placed it in my office and covered with a few blankets to muffle the sound. This helped some, but the battery was still inside so the repetitious chirping had no intention on stopping any time soon.

I went into my office, and found the blanketed violator of dream time euphoria and with just a hint of vindictiveness I opened that round plastic disk of intended life saving functionality and gutted that little bastard, removing its life giving battery. Then I kept pressing the test button until there was no juice left. I had squeezed the life out of it, and I felt rather justified by that. 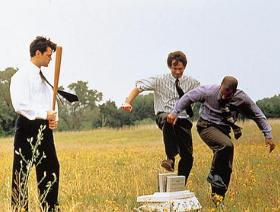 As I walked out of my office in a triumphant stagger of someone who really needed their nap after a long hard battle I heard a little chirp. “What the…, piece of sh…, rat bas…, sonofabi…, damn it!” was about all I could muster as I turned around and walked back into my office. Had there been any implements of light to medium destruction close by I would have swung first and asked questions later. So as I stood there, holding the detector in one hand and the batter in the other I heard the chirp again… there was another one out there that had decided that it too needed changing. Either that or it was smoke detector mating season in my house and two of these devices decided that they were in season and it was time to begin their mating calls.

I began begrudgingly exploring the house. Three chirps later I discovered the culprit was right next the bedroom in Angela’s office. Fortunately I was tall enough that was able to just stand on the floor and twist, pull, unplug and depower that little monster. Had I been required to use a chair to climb up to remove that thing, I’m pretty sure one if not both of us would have died. Once I got the battery out, there was one short moment of satisfaction where, as I pushed the tester button, the final chirp started strong, but as the power drained the chirp muttered and sputtered in to dead silence.

Yes, TWO smoke detectors decided to remind me that it was time to change their batteries at 2AM on a Monday night after getting back from Vegas. Yeah, so if I ever meet Loki I’m going to have him castrated, you know, for fun. The thing is this is the third time that’s happened. I wouldn’t care if they started chirping away once I got home. I’d gladly go to the store and gotten them some 9-volt feed to shut them up for another 6 months, but seriously 2 AM on three different occasions? Screw you smoke detectors… screw you.

I did have a thought as a stumbled back into bed. Smoke detectors need a snooze button. You can push it in instance that the battery starts to run low and beep to remind you of this, but it just so happens to be 2 or 3 in the morning. All you do is push the snooze button and the detector will shut up for about 10 hours. That way you can go back to sleep get a full night’s sleep and then when you get home from work the snooze will have worn off and the detector will be chirping away reminding you to replace the batteries right then instead of two hours after to go to bed.

It was baffling to me that there were actually two culprits taking part in the last night’s smoke detector incident. I mean maybe the house was upset that we had left for the week without telling it where we were going. I really have no idea. It just seems to me that there was some sort of meddling meddler that would have set up that type of dual reaction at roughly the same time of night. I know! I’ll bet it was that bird that kept attacking the bedroom window for all those weeks. It must have finally gotten into the house and set up the whole thing. Now I really hate that bird.

Well I suppose if the bird comes back in the next day or two to gloat then I’ll know who was responsible, otherwise it’s off the hook. On a side note, it hasn’t been around in almost a month so I’m pretty sure it’s finally moved on.

The incident was over fairly quick, but by all means, trust me on this and have some backup 9-volts in your home, just in case. Even if you are of a pleasant disposition, chirping smoke detectors in the middle of the night does cause one to lose that disposition in a hurry. I guess the only thing left to add is… note to self: pick up a two packs of 9-volt batteries on the way home tonight.

Any of you have your own smoke detector stories? Do share.