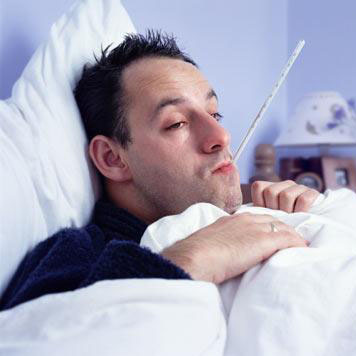 I didn’t go to work today. I guess you could say today is kind of like a snow day, with two exceptions. First, it’s not snowing. And second, I’m sick. Not in the confusing adolescent slang sense of the word, but in the legitimate cough, cough, sneeze, running face kind of the word.

This got me thinking about the evolution of words and how some words evolve into meaning the exact opposite of once they use to. In fact thanks to Michael Jackson we have a whole song about the word Bad, which was not about being bad, but instead was about being bad, but the good kind of bad. The problem I ran into is that there was no working up to this shift in the use of the word bad. Getting the hang of this definition addendum took me about a year. And during that first year I had to asking people if they meant good or bad when they would say bad.

Then there is the always word gay. This is one word that didn’t evolve into a 180 meaning though. This once happy word was adopted to describe people belonging to the homosexual lifestyle. Now over the past years the word has taken on a new addendum. Gay is now being used by some to describe something that one might consider as lame. That is lame as in lacking in any impressive qualities and not lame, as in handicapped.

I’m sure there are endless examples of word evolution, but let’s just say my cold medicine is starting to kick in and my motivation to Google anything is passing with each blow of my nose. I’m not sure everyone experiences this, but for some reason when I get sick not only does my nose feel compelled to perform a mass exodus, but my eyes decide to follow my nose. So when I say runny face I mean runny face.

I’ve been taking medicine and that helps in intervals, but during the time where it starts to ware off and the new drugs begin to kick in I am a fountain of mucus and tears. Meaning, I’ve opted to stay home today and yesterday. I mean staying home when your kind of sick is find of nice, because there is still the prospect of playability that could happen. Being sick sick is a different story. I didn’t get out of bed until about noon today, and then after taking more cold medicine I spent about an hour wiping my eyes and blowing my nose, and always in that order.

On a completely unrelated topic, I have spent a few hours in front of the television this afternoon, phasing in and out of sleeping, but I did manage to stay coherent long enough to enjoy two episodes of The Wild Wild West. After becoming reacquainted with the show, I only have one thing to say… shame on you Will Smith, shame on you.

Ok, I’m giving up today. Note to self, do not start blogging after taking nighttime cold tablets.

What are some evolved words that come to your mind?