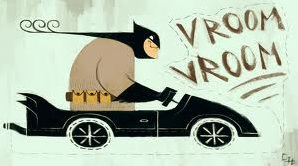 I was watching my two year nephew this past Friday and there were a couple of Smirk worthy things that happened. First off, I got to build and play with a Hot Wheels double-decker car garage for about an hour making “vroom-vroom” noises while watching Muppets from Space (which, not surprisingly, I still have a great deal of it memorized). I could say that it has been years since I have vehicle noises come out of my mouth, but the truth is I make them all the time.

I’m not sure if all men are this way, I however have never really gotten rid of this practice. I have learned that there are times in social settings where making those noises are not acceptable, where, as a child you could make those noises every time you saw something that made that noise . . . even if it was a toy. That being said, I will admit that just yesterday on the drive home I may have made tires peeling out screech noises at one of the stop lights I was at when it turned green, mainly because it is something my car would ever actually be able to do. 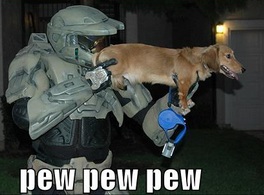 I was once told that all boys are born with the Q chromosome, which is the chromosome that makes it possible for all boys to pick up absolutely anything, point it at something and say, “Q, q, qq, q” (translated “queue, queue, queue-queueu, queue”), the “pew pew pew” sound effect is another variant of this.

The second thing that happened was the amusing amount of personal reflection I had about some of the things we all did as children. Things that, I feel, can bring big people together because as little people it was something we all did. So apart from making “vroom-vroom” sound effects, I started making a list of things that (I think) a lot of us did as kids. 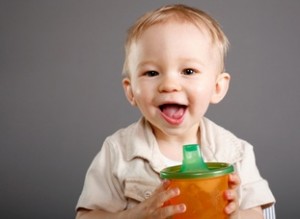 This “ahhhh” is a very particular “ahhhh”. It is not the one people make in movies where everyone has just witnessed some guy confessing so some girl of his undying love for her and to please forgive him for some big misunderstanding and spend the rest of her life with him, and she, while crying, says yes followed by a kiss and everyone goes “Ahhhh!” Nor is it the cute little thing “ahhhh” that most women (and some men) make when they see a cute little baby . . . anything really, baby cat, baby dog, baby baby, etc. they all seem to evoke an “ahhhh” noise when they are viewed. No, this “ahhhh” is the noise all little kids make when they are parched and grip a cup of any thirst quenching beverage with both hands, take a deep breath and focus all of their thoughts and actions toward the consumption of said beverage, swallow after swallow. And it is only after they have completely run out of air that they stop drinking, pull the cup from their lips that they make a loud “Ahhhh” sound, a sound that echoes of complete and total self-satisfaction.

Surprisingly, I’ve found if I pick up a glass and begin to drink with both hands still wrapped around the glass, more often than not I’ll make that same “Ahhhh” noise when I finish drinking, and you know what, it’s still a wonderfully satisfying noise to make after downing a full glass of water or juice. I highly recommend you do not try this with any hot beverages, carbonated beverages, Slupee, hard liquor, or any combination of these beverages. The “Ahhhh” noise you’ll make in any of those situations is going to be devoid of any joy and in more cases than not uncontrolled screaming and/or body spasms might occur, and in some cases the hiccups . . . or maybe that’s just me.

Regardless if you still do this or not, I’m guessing it was something you did with great fervor and joy when you were little, and I’d bet if you took the time to use both hands to hold your cup while you drink its contents down, you just might do it again.

As for my other observations, it looks like you’ll just have to wait for Part 2 in the series. Until then, cheers!