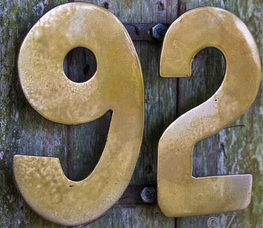 As mentioned in a Smirk last month the first weekend of August held the celebration of my 20th High School Reunion. Initially I was concerned that the Facebook might alter the overall experience of seeing people I have not seen in 10 to 20 years. As it turned out, it was a lot of fun and Facebook didn’t mess things up at all.

There were a few people that I would have liked to catch up with but didn’t get around to it, and some that I wasn’t expecting to chat with as much as I did, but was glad we did. Then there were some conversations that came as a complete surprised. Things like “Yeah, I work for NORAD.” or “Did you know I live in your house?”

Turns out one of my old class mates ended up purchasing the house I grew up in when I parents left town. They had done some remodeling over the years and mentioned they discovered a few things in the walls as part of the process. Hammers and screwdrivers were my first two guesses. It only made sense, since the house I grew up in was initially a duplex that was turned into a one level house, when we then turned into a two story house. For all I know one of those hammers was left in the wall by me while we were putting up sheet rock. 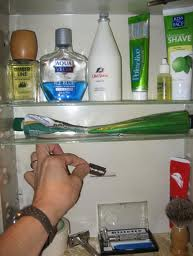 Apparently they found one section of a wall that was full or double edged razor blades, the kind that fitted into the razor my dad still uses to this day. Why a wall in our house would be filled with them was a little perplexing though. Thanks to a conversation I had with someone who was just three years older than my dad it turns out that back in the day, it was common practice to have a small slit in the medicine cabinet or the wall of the bathroom where these dangerous razor blades were disposed of. The logic was that kids could get into the trash and hurt themselves, but there was no way of the kids getting into the walls. If I had to guess the wall they opened up was in the remodel was the wall between the old master bedroom and the bathroom before the second floor of the house was build.

The most surprising conversation I had was actually a confession of teenage high jinx that took place at my house one night, which included a wizard, the silhouette of a bunny’s head, and a telephone. Here’s how the conversation went: 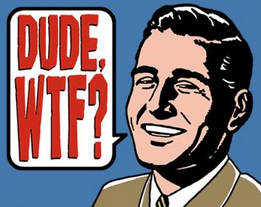 “Hey, remember when a group of us were over at your house playing DnD? I came over with ‘so and so’ and we had brought a page that we had ripped out of the back of a Playboy that had a bunch of chat line numbers on it. The game really wasn’t our thing so while you and the others were playing ‘so and so’ and I went into another room and started making a bunch of calls from the ads on the page we had. I was just wondering, did you ever get in trouble for that?”

I just laughed it off and said I didn’t get in any trouble, but . . . okay first off, what compels someone to confess that they called a bunch of sex lines using your home phone one night twenty plus years ago, because they weren’t that interested in pretending to be a wizard? Okay, so maybe I see his motivation, but it’s still an odd conversation starter for someone you haven’t seen in 20 years. I mean does the statute of limitations run out after two decades on something like that, which means you can finally start talking about it?

Secondly, if I didn’t get in trouble for that, so who the hell did? Was there some kind of ‘sex line’ phone bill conspiracy of the late 80s that I was not privy to? Had one of my other brothers taken the blame for this dirty talk high jinx, or perhaps even my old man? This was going to require some investigation. 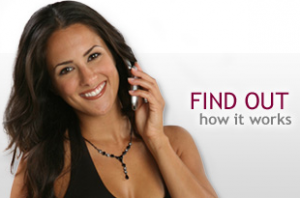 Well, after two days of investigating the matter, neither my brothers nor my parents remember any sex line related phone bill conversations. This leads me to believe that this guy and his friend were either using 800 numbers and hung up when they asked for credit card information, or mistook me for someone else and there is still some more chap from our high school days that twitches every time he hears the words phone and sex used in the same sentence.

If it was done at my house, I guess I can be thankful that those two didn’t seen my Mom’s purse nearby and decide to use her credit card to help them chat with their “solo” mate. On a plus note thought, at least I get to tell everyone what he confessed to. So, I’d say that about makes us even.