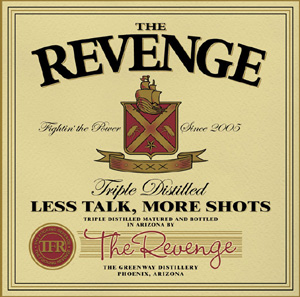 When I got into work this morning one of my coworkers told me that they read my Puddy Wagon post and was still suffering from fits of giggliousness because according to him the name carried with it a “naughty” connotation. I didn’t consider what he said to carry and validity because, well, he’s a bit of an odd duck… and he is very proficient in the art of the double entendre, so anything anyone ever says around him is going to go through his “suggestive” processor of a brain and end up being regurgitated in some type of suggestive innuendo that belongs in the cartoon section of a gentlemen’s magazine about women.

I guess the point is that if you are of this same disposition, please note that my intent was not to weave suggestive imagery into your already over active imaginations, but to simply relay that I have always refereed to these types of vehicles with a name that is both funny sounding and lacking in any masculinity whatsoever, the ultimate “man” truck is called a puddy wagon. It’s kind of like calling a man cave the tea party room, or a Mary Kay pink Cadillac a bumper car, or um… a dingo stomper… maybe a, hell I have no idea, let’s just call it a Smurf cannon.

Ok, so with that being cleared up… sort of, lets get back to topic at hand, how I, and my friends, were able to enact our revenge on the puddy wagon and their owners while growing up in Wyoming. I suppose it might help to explain why we felt compelled to wreak revenge in the first place.

Growing up, the owners of these trucks would typically zoom around town honking and waving at girls with high banged frizzy hair in tight jeans (see it’s all about attracting a mate). That is of course unless you were not of the cowperson variety or an adult.

If you were older than them, they left you alone. This is a general teenage rule, you never want to piss off an adult that might know your parents and would have no reservation calling your parents to tell them what a naughty boy you’ve been. Younger kids have the anti-tattle tale code and will commonly avoid ratting anyone out even if that person is a complete and total bastard.

If you were of the male teenage non-cowfolk variety, they would honk and yell profanities at you, usually derogatory and encompassing slang words pertaining to parts of the female anatomy. In the event you were in a car driving down Main Street with your friends, they would ride your bumper with their brights on, honking and suggesting, though a series of hand gestures, that we handle ourselves in a way that would require going to confession that following Sunday. 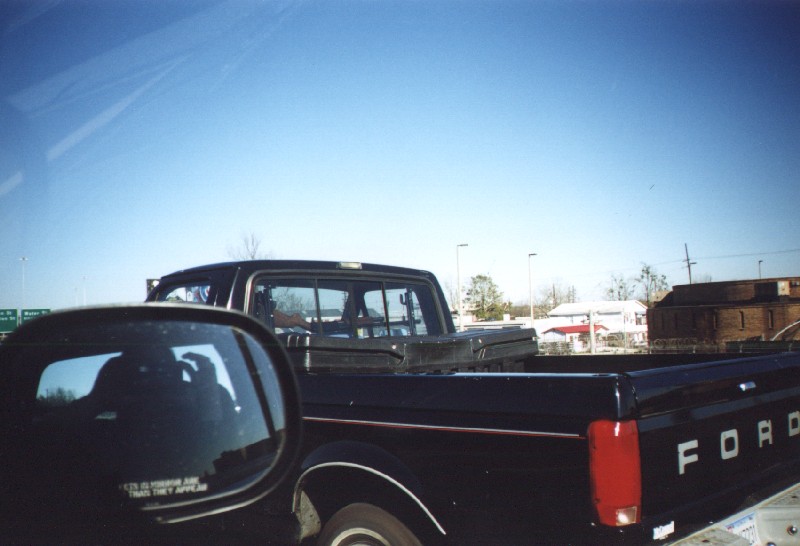 Our opinion of these folks was one of limited appreciation, but it was Wyoming… the Cowboy state. We were outnumber about 100 to 1, and that was on weekends when most if them were out killing small woodland creatures with high powered rifles. Which was another reason for never bad mouthing them in public, they were all armed. Hell, they made gun racks in wood shop that they put up in their puddy wagons so they could carry their rifles around with them. Anywhere else you would be considered armed and dangerous, but not in Wyoming… or Montana, or Idaho, rural parts of Utah, or Texas for that matter.

Those facts alone should help you understand why my relationship with these wagons was traditionally of the cat and mouse variety. Had they ever caught us I’m sure they would have killed and eaten us, well after about an hour of taunting, teasing, and throwing us up in the air. 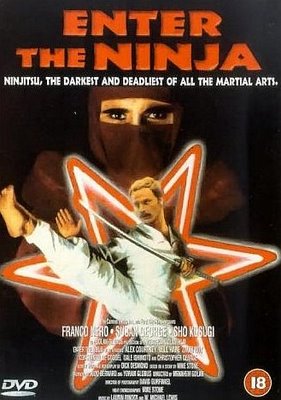 Our retaliation was a result of late night hit and runs. Because this was during the 80s, my friends and took many copious notes pertaining to the art of black clothes and hiding and moving in shadows from the numerous ninja movies we repeatedly watched. I’m not sure why, but the 80s turned out to be the decade of the ninja. It seems more ninja movies were made during that ten year span than the 70’s, the 90’s, and present day combined.

Our attacks were always tactical and usually included rotten fruit like tomatoes or oranges that we found in the trash bins behind the restaurants on Main Street. We would crouch in places that we could always escape from in a variety of different ways. Places like behind fences of densely grassy fields, lumber yards, or on top or building. Once the target was confirmed, we would wait for them to drive by. As soon as they were within range we would unleash our supply of rotting ammo. Usually, out of the six or so bits of flying fruit, at least one would hit. 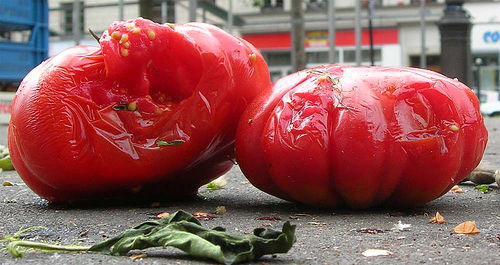 Once we heard the loud thud of rotten fruit splashing against the side of the evil puddy wagon, we would flee the scene, leaving the sound of screeching breaks behind us. With the fear of possible death screaming in the distance we let our adrenaline carry us over fences and under trees until we were at least two blocks away, hiding in some dark secluded area, giggling and congratulating each other on another successful attack.

Sometimes we’d even head home, change our clothes into lighter colored clothes, making it obvious that we were not sneaking around and go the 7-Eleven (the only 24 hour store in town at the time) to get some soda refills and possibly run into the our victims. If they were there, we’d listen to them bitch about what happened and then offer our support, telling them how much that sucked and the guys that did that are “wussies” and “good luck catching them.”

I even think there was one time that we offered to help them look for the culprits. We laughed the whole time we drove around. I think we finished the evening by telling them that we saw something moving in a field. They thanked us and headed for the field and we went home, calling it one of our greatest missions ever.

I guess, if you wanted to attach a lesson to this whole thing, it would be, don’t pick on the people you think you are so superior to. There’s a good chance they will get even, and you will never know it was them, because they’re probably a lot smarter than you are, and more devious than you could ever imagine.