Parents that make you go… “Why?” 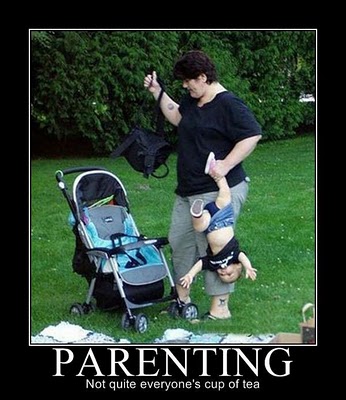 Parenting is one of those skill sets that you make up as you go, and they seem to evolve and deform from one child to the next. I know this not because I am a parent, but because I have parents. Some things work well enough so they stick around as parental laws. Rules like, you can’t come home until a certain time, or playing in the street unless you are wearing a helmet… or is that riding your… and I think I got that first one backwards. Yeah, actually I think it’s you have to be home by a certain time. Well, I suppose at rule actually depends on the parents and the child involved. Sometimes though, you’ll see, or hear about, parenting decisions that really just make you say, “What the fffffrankly, well, just, you know… WHY?”

This first experience I witnessed a few weeks back at the local Art Fair during a hot afternoon. As the heat began to swelter, Angela and I found ourselves in the food tent sitting at a table eating some fries and enjoying some ice cold water while enjoying the shade. As I chomped on a crunchy wedge of deep fried potatoey goodness I noticed Angela’s eyes suddenly widen. She then whispered, “Look behind you.” As I turned around in my seat I noticed a small and empty stroller. Behind the stroller was a mom, holding a small pile of clothes in one hand and using the other to pour ice cold bottled water on a little child standing next to her wearing nothing but a white diaper. 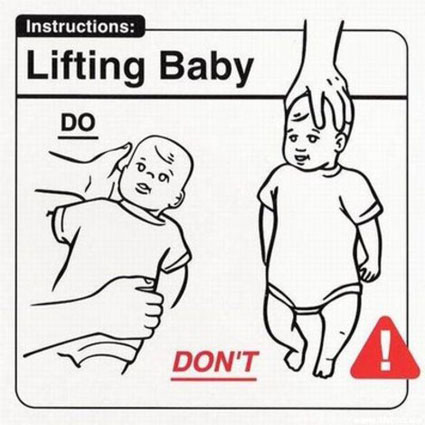 As ice water flowed off his head and onto his bare torso, he didn’t really cry, but there was a gasp with eyes full of surprise while he clinched onto his moms pants to keep his balance. The lady stopped long enough to take a swallow or two and bent over saying something to the kid. The kid just shook… all of him, he was freezing. I could even see his teeth chattering together.

A friend of the lady then walked up with a little person of her own in a stroller and asked the first lady what she was doing. She replied, “He was hot so I’m helping him cool off.” And that was it, the ladies started talking and the little kid stood shivering in the sun trying to warm up. I turned my back to the scene looked and Angela and simply asked, “Why?” She just shook her head in reply. 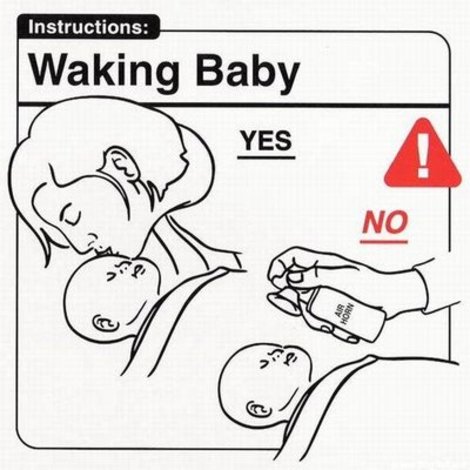 As we started talking about the art of poor parental decisions, she told me a little story that a lady she use to work with had shared with her one morning a few years back. Apparently, one evening as this coworker pulled up to her house she saw her husband on the roof doing a little re-shingling work. Then she noticed that about ten feet from where he was working was her four year old boy… on the roof, sitting against swamp cooler, which was attached to the roof. The boy was facing his dad just sitting there looking around. She raced up to the house, jumped out of the car, and yelled at her husband to get the boy off the roof that second.

This took a little longer than expected. The father had taken a few precautions, such as putting the kid in a climbing harness, duct taping the kid to the cooler, and then wrapping a rope around the kid and the cooler three times and then tying a knot to ensure that the kid stayed put. In short, the little one had no chance of moving from that spot until his dad undid all the safety knots and released the kid from his perch. 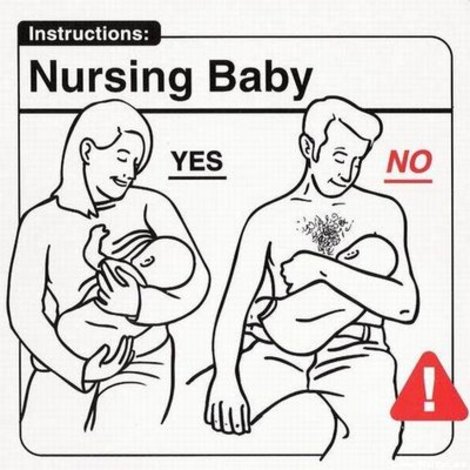 Once the child was safely back on the ground, she began the husband scolding process. He tried explaining that their son had refused to stay on the ground in the first place. He kept following his dad up the ladder because he was curious to see what his dad was doing. So instead of fighting the kids persistence, he just took the kid up with him and made sure there was no way the kid would be able to move until the dad wanted him to. The boy was happy and content on the roof, sitting there asking questions about what his dad was doing, followed by a barrage of “why” and once satisfied with the answers he had received he just sat there quietly, looking around the neighborhood. The wife then began to explain all the reasons why it was a monumentally bad idea to take a four year old up to the roof of your house and duct tape him to the house’s swamp cooler. As the discussion continued, the husband eventually conceded that it was probably… definitely not the best decision.

I’d have to agree, it’s a bad idea in general to take any little kid and put them on a slanted roof. However, I’ll admit I do find a tiny smile creeping across my face when I envision a little four year old kid wearing round black rim glasses contently sitting on the roof of his house, duck taped to a cooler.

What are your thoughts on this visual? Also, do you have any “Why?” parenting moments that you’ve witnessed?