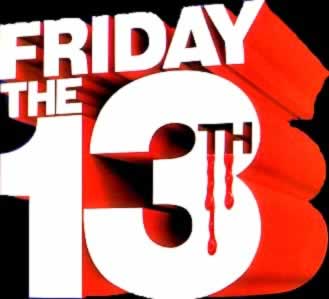 For this Friday the 13th I figured I’d write about something that has always baffled and, quite honestly, scares me a little, and I don’t mean Jason Voorhees. Oh no, it’s something much more terrifying. Unless of course Jason Voorhees himself is sporting the horror that I refer to as the male chest V patch…ohhh, that would be like scary squared, you know, with the little 2 at the end.

Ok, so here’s what happened. Earlier this week I went to a little business opportunity / presentation thingy after work. The men putting on the presentation were all in suits, projecting that image of what the business world had defined as the “successful” look, aka the nice suit and tie look. So as the key presenter was introduced, it was conveyed to the group that used to clean pools for a living and one day he saw an ad, made a call, and is now a millionaire. Ok, yes, there was more to it than that, but this is the short version.

As the guy walked out and start talking there was something about him that confused me just enough to keep me from paying attention to anything he was really saying. Here’s what went through my mind when he first walked out and started talking… ahem… “Is that… what the hell? Really! You really chose to go with that look for your presentation. I’m not sure how… whacachicka, whacachicka, whacachicka… hehe, he looks funny.” 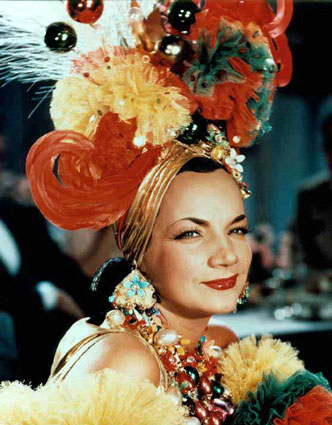 There are certain looks that I’ve never really understood. Like the Carmen Miranda fruit hats for example. Now don’t get me wrong, I love those hats. In fact I wish I had some of my very own that I could sport them on lazy Saturday’s or on Sunday afternoon drives, but I still just don’t get them.

Hairy chest or no, it doesn’t matter. There is something about a man that intentionally undoes those top few buttons of his shirt and then purposely pulls it open to show off that little V patch of chest that instantly reminds me of Navin R. Johnson, particularly where he finds himself instantly wealthy and attempts to slide into the “high society” classification of people, but fails miserably.

Amusingly enough there was even one point in the presentation where V patch guy actually said, there were some people in the company he was in making 30 to 50 thousand dollars a month that had no business making that kind of money. Something about them being good people, but they were simple people, with no formal business know how. See, there were a few things that he said that I actually retained.

The thing that made me smirk about him saying that was that in my opinion he was referring to people like himself, without considering himself one of those people. I guess it would be like some white trash chap making fun of hillbillies. Talk about the donkey calling jackass the stubborn, or something like that.

The list keeps going, but sadly none of the feedback I got portrayed the image that fit what this man was trying to convey about himself and about the business he was representing.

So as a public service announcement, business men, actually make that all men everywhere, please don’t try to pull off this look, especially in business situations, well, unless that business is… yeah, just don’t do it. It’s kind of tacky, distracting, and a little creepy. Not to mention people will probably listen to what you have to say with a bit more interest. Also, the people in the back row will probably not be pointing and giggling at you.