O? No Thanks, I've Already Got One! 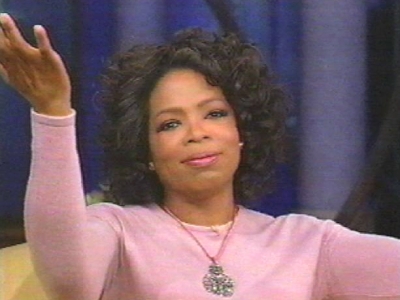 Sometimes you will come across a subject that most of your immediate circle of friends would advise you to avoid conversing about. These topics experience a kind of banishment from civilized conversation. Such topics include, but are not limited to, religion, politics, paper or plastic, global warming, who was the better Willy Wonka Gene or Johnny, or Apple or Windows. These are topics fall into the realm of taboo. And one of the most volatile topics I have ever managed to come across is the topic called Oprah.

Now before clicking on the “Leave Comment” link and calling me a variety of slang words combined in such a way so that you hope when I get home my mother runs out from underneath my front porch and bites me on the leg, or you choose to announce to everyone reading that my parents were never married, or possibly that the area resting on my neck is made out of excrement, please read the whole thing first, then comment all you want. In one of my earlier Smirks I was writing about a headline a friend had sent me that Fox News had put out. There was one reader who, the second they got to the part where I mentioned Fox News, wrote a comment about how Fox News is good and those who disagree are not so much bad people as they are wrong people. There was more to it than that, but other readers pointed out that the Fox fan was missing the point and needed to go back and read whole thing. When he did, they kindly retracted their initial tangent and told me to keep writing. 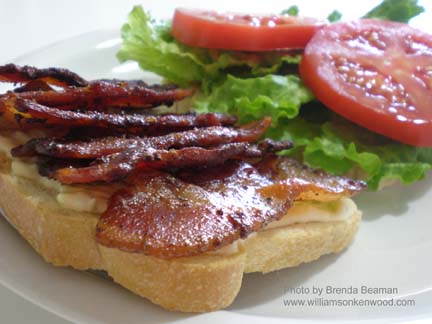 As for Oprah, in my opinion, for many she is the big “It”. She is the medal at the Olympics, the little gold man statue at the Oscars, the bacon in a BLT, and the idea that is responsible for the creation of peanut butter. For some she is the dream at the end of the dream, the Grand Poobah of “It”. She is the icon and reward of success to many people across this country. There is a shared belief out there that the second you step on stage with Oprah on her show you have officially “made it.”

I’ll admit, I don’t get it, and I think on the average men just don’t. I mean we know there is a power there… mainly because we’ve been told there is by our significant others. If your partner, lover, wife, husband, significant other, etc, is an Oprah fan, you learn very early on that any negative connotations about her, even in a jokeful setting, just aren’t worth it… ever.

I could say that Oprah is one of those people you either love or hate, but she’s not. I mean sure people either love her or hate her, but there are plenty of people that just don’t care either way. I, for one, am quite ambivalent towards the great and powerful O. Don’t get me wrong, I’m definitely a fan of all the good she has done and the help she has given to so many people in need. It’s the type of action I appreciate. It’s just that neither Oprah nor her show are topics that are of any real interest to me…

Unless I hear the phrase from my cutie-baby-sweetie-pie, “I watched Oprah today.” Then it’s time to take a little interest. It’s important not to dismiss it. Do I care that Angela watched Oprah? No, not really. But I do care that watching Oprah has made her happy and her being happy is what’s important and worth paying attention to.

The interesting thing I find about Oprah is that she’s becoming more of a thing, a brand, an idea… a verb. Oprah is a type of symbol or status instead of a person. Also, I think everyone has an Oprah, but not everyone’s Oprah is Oprah. 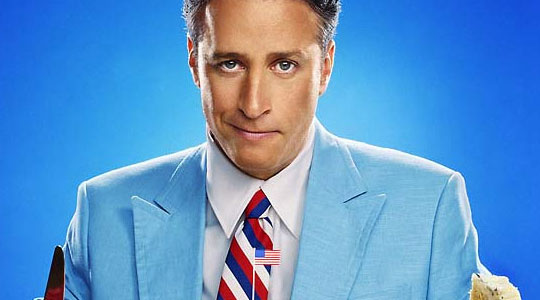 I was recently having a conversation with a friend about this very topic. I have been thinking of my “made it” story and who person my Oprah is. For Angela, it’s definitely Oprah. Pretty cut and dry, and no surprises there. For me though, at this point in my life I’m going to have to say that Jon Stewart is my Oprah. The opportunity to walk onto his show and be interviewed by him to talk about my latest book really is one of my quintessential Oprah moments. That’s the great thing about the Oprah verb, we all have our own Oprah, and I like that it’s not the same for everyone.