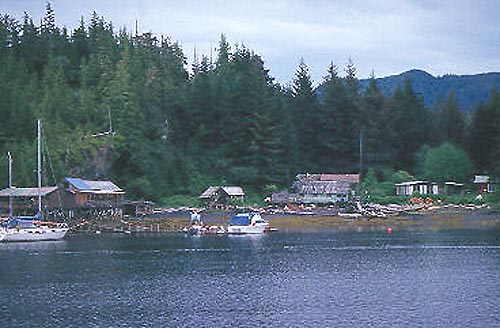 As is the stereo type of small towns everywhere, the novelty of having someone new move into town always brings with it a certain amount of excitement. Nobody told me about meeting the locals. He said there was one he said always stuck out in his mind, and that was Brody Smooth. Brody wasn’t even his real name. To this day Nobody’s not even sure what his real name was. The reason for this was a result of an evening of conversation and making friends with the locals at the town bar. With a name like Nobody, you are guaranteed the floor when the exchange of stories begins. It had better be a good story at that because your first story is usually what the locals are going to use as the catalyst for making their decision about your character. Nobody was either going to be “alright in their book” or “one of those no-so-bright kids.” I’m not sure they really care either way, they just want to get an understanding of how fast or slow they will need to talk to you for you to understand them. 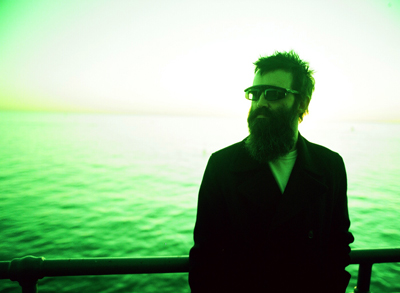 It was after Nobody had finished his story of how Nobody became Nobody, that Brody, after a few minutes on contemplation made the comment, “Yeah, if I was ever to change my, I change it to Brody Smooth.” He then tried to cover it up by saying that he would never change his name, but it didn’t matter. The name had been uttered and there was no taking it back. Everyone in the bar started to laugh, and that is the night Brody Smooth became Brody Smooth.

On the evening before Brody was going to head out and get his camp set up for the salmon run, he and Nobody met at the bar. It was a pastime for the locals to meet at the bar, stay mostly sober and people watch for the entire evening. They were passive aggressive fans of this time of year. They were annoyed by all the tourists, but it also allowed them to create new conversations with each other once the fishermen had all left town. It gave everyone new stories to share with each other. Some of the tourists even became sort of lite-friends with some of the locals, you know like lite mayo, or lite beer. Something that smells, tastes, and feels like the real thing, but is really just a cordial pretend version that really doesn’t do any damage do you agree to coexist then you are together. The fishing trip every year was a kind of reunion. There were never any letters, calls, or any other type of correspondence between them. But once a year in Alaska these lite-friends, would be friends until the salmon run was over. 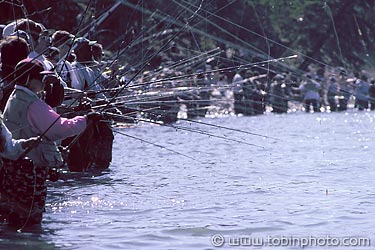 It was during this evening that Brody told Nobody about his yearly sacrifice. Apparently, on opening day of the salmon run the banks of the river and packed with fishermen standing shoulder to shoulder ready to cast the first line and pull out an Alaskan king salmon. I believe this is the point and why it’s so popular. It’s talentless fishing at its best. No skill = a great reward.

Brody explained that every year he always made his way to the river with a revolver on his hip and a sawed off double barrel shotgun in backpack. No one really noticed his arsenal as he would squeeze in between them. Then, as the official casting time arrived and a wall of men with almost water ballet precision flick their wrists and thousands of small hooks dance through the air and land in the river with a sort of a “gooch” sound. Then, almost immediately after hitting the water thousands of fishing rod reels begin to fill the morning air in a sound like the 100 little people playing kazoos have sucking down have balloon filled with helium. Fish after fish are pulled on the rock cover shore. The hooks are removed , the fish are placed on a string and and another cast is made.

Brody admitted that he always struggled with these types of crapped fishing conditions. One of the things he loved most about Alaska was the utter lack of cramped spaced. It was this very thing that triggered Brody’s first fishing season sacrifice. It worked so well that it became a yearly ritual. As Brody reels in his first fish of the season he get the fish about ten feet away from him, drops his pole and rushes the fish while screaming and pulling out his shotgun. Once he get to the fish he unloads both barrels into the fish, then as he drops the shotgun he pulled out his revolver and unloads all six shots into the fish. “Sure it’s a waste of a perfectly good fish,” he told Nobody, “but I always have at least 4 to 5 feet of space on either side of me the rest of the day.”

And that was Nobody’s story about the one and only Brody Smooth.

What did you think?