My Not so Present Past 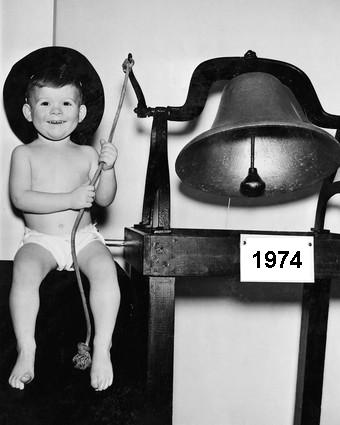 There are two things that always happen when I tell someone for the first time that I was born on January 1st. The first thing is the verbal exclamation, “Oh, you were a new year’s baby.” or some variation therein. However it is said, it always gets expressed to me that I am, in fact, a “New Year’s baby.”

The second thing that always happens, if people are seeking additional conversation about this, is the story me being born under a bad sign. The story has nothing to do with angels and demons battling over my soul, or how my parents tried to sell the privilege of naming me to the highest bidder on eBay. Nor did I end up being placed in the wrong baby bin, and spent the first 5 years of my life under the assumption that I was the offspring of Peruvian immigrants. No, it’s nothing like any of that. The story is mostly about presents and only a little about me.

This story actually begins long before I before I was born. In Afton, a small town in western Wyoming, there was a tradition of giving gifts to the first baby of the new year. In fact this is a fairly common tradition across the US from what I’ve been told. All the local businesses would donate gifts and then all those presents when to the first child of the new year and its picture was taken and placed in the local paper. It was a tradition that showed community unity and support, and overall just made people feel good. This tradition had been around for years. It was a staple of the community that everyone could count on and looked forward too.

Now take that tradition up to the year before I was born. As the story was relayed to me there was a couple traveling through town on their way home after the holidays. This couple just so happened to be expecting sometime in the near future… or as it turned out immediate future. Say 10 minutes into the future after pulling into town to gas up their car. And this strangers water broke, so did years of community tradition. Yes, these travelers popped out the first baby of the new year.

The thing is, I don’t think the couple really cared about our tradition. Outsiders usually don’t, but damn it, it was the communities tradition and they were not about to let themselves think of themselves and breakers of tradition. The hospital and present donors had a debate on how to handle the gift distribution. The people were not part of the community, but the tradition never had specified what to do in this type of situation. Eventually the decision was made that in order to keep to community tradition, but to also be fair, the gifts would be split up. Half went to the “strangers” and the other half would be given to the “local” first baby of the new year.

Because of the conflict between the traditionalists and communalists it was decided that this tradition was creating contention and separation in the community and should be disbanded. All debaters involved agreed and the tradition of giving gifts to the first baby of the new year was dissolved.

Now move ahead one year to January 1, 1974 the evening where I made my grand entrance onto this little ball of earth. As my little screams filled the delivery room, discussion started about the tradition that use to be in place were the first baby of the new year would be given gifts from the community, and what a wonderful tradition it was. The conversations were carried around town. Apparently, there was even a meeting. 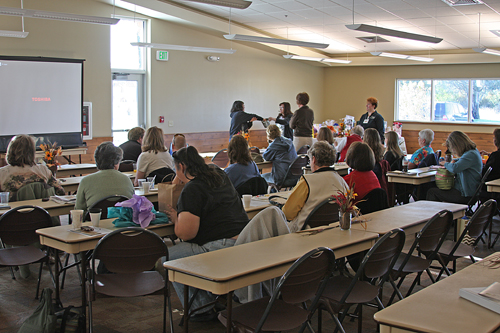 Everyone seemed to agree, it was a great tradition to hold on to. Thus it was brought back so that the next year’s first baby of the new year would be bestowed with a bounty of gifts.

And that was it. I mean, I still got my picture in the paper, so that was nice. Granted, I was a sleep so I really don’t remember, nor would I had I been awake. But I have a copy of the newspaper article with my picture in it that was cut out and glued in one of my baby books.

So, there you have it, every year before I was born and every year after, the tradition has been alive and in full effect. Did I care? Did this even result in me sending therapy bills to the city of Afton? I was a baby. Of course I didn’t care. All I was able to handle at that point in my life was eating, pooping, sleeping, and crying in the event one of those first three things was out of sync. 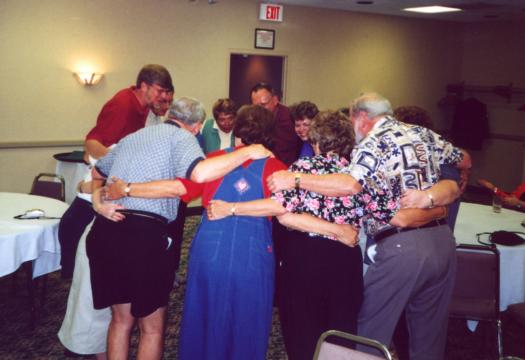 So do I believe it? My being born under a bad sign I mean. No, not at all. The truth is, well, my truth is, is that my grand entrance onto this planet got people talking and working together again. They reinstated a dead tradition that made a small town happy. And since my birth is has continued to make people happy, even after all these years. Yeah, I’m pretty bad ass. Besides, it makes a pretty good story, and a true story at that.

So, any thoughts? Any traditional mishaps rectified or dismissed as a result of your birth?