Messages from the Dead

I have already started two different Smirks today. I was half way though sharing about an experience I had in my painting class during one of my teachers many “what is art” tangents, when I decided to check my email. Plans with a friend were in the works for tonight and I was waiting to hear where we would be meeting up. The email from my friend was there, it was just that the email right above his was from a dear friend of mine who I had not heard from in some time, mainly because she died a few years ago. 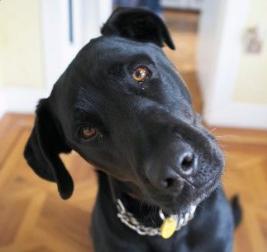 I admit I have seen the occasional ghost hunting show, and I still enjoy watching a Scooby-Doo episode or two when I am hanging out with my niece, but emails from the dead… that is a new one. When I say her name in the From: column, it took me a minute. I struck a pose like a dog that is being given instruction on how to set the clock on a VCR. They know what you are saying is important, but they just can’t make sense of the whole thing. They even tell you so by tilting their head to one side while the still show interest and wag their tail.

It kind of made me want to go on the John Edward’s show and when John asks me why I am there, I could tell him, “Because I received a message from a dearly departed friend… in my Inbox!” It would be one of those stand alone moments in television history, like when JR got shot, or when Bob Barker left the Price is Right, or when Greg was caught smoking, or when Mike and the Bots finally returned to Earth. 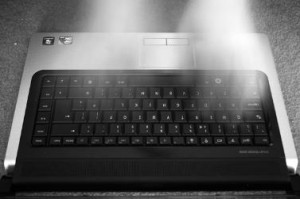 Of course I opened the email, how could I not? And I mean that metaphorically and not literally, because I literally know how to not open an email. I mean if I were superstitious, I might think twice about opening up an email sent to me by a dead friend, but since I’m a Capricorn, we’re not superstitious by nature. Turns out it was just some random link, probably to kind of virus. Call me a ethereal buzz kill if you want, but I think it’s a relatively sound rule that when you receive some random link from a friend that’s been dead for a few years, clicking in it is going to create more problems than not.

So logically I figure some lout hacked into her email and started sending a virus link to all the friends on her contact list, which makes me a little sad. However, from a purely illogically point of view, it could mean that the dead have become technologically savvy and are trying to make contact with friends and family to warn them about an evil entity that is hell bend on ruling the afterlife… or something like that. The sad thing is that you know it is only a matter of time until Hollywood steals that plot and decides to make it into a poorly made B-movie that only adolescent teen boys would watch in hopes of seeing high school girls running around in bras, screaming, and getting dismembered by some disgruntled computer generated cloud… because they don’t have the budget to make a whole monster. 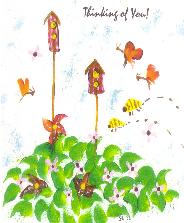 Regardless, there was something good that came from all of this… the memory of a friend. It’s been a while since I’ve thought of her, and even though the email was sent with malicious intent, I did give me some remembrance time, and for that I am grateful.

So, have any of you gotten an email from a dead person?