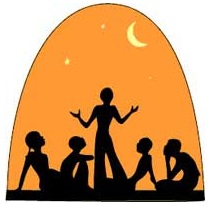 It’s not like I make a habit out of this, but there have been times where, when chatting away to co-workers, neighbors, friends, religious relatives, a preacher at a wedding I’m attending (I could keep going, but I think you get the point) and I happen to end up on some tangent that is a bit lacking in appropriateness once I get to the pinnacle of the story. Fortunately, I’ve gotten pretty good and catching these instances before the punch line. This was, in the event that it does happen, I have a little time to prepare a completely lame ending that only reflects poorly on my story telling skills and does not give the listener an emotional slap across the face and gets my name placed on the top of their “People my mother warned me about” list.

Then there are those few times where, as the punch line is coming out of my mouth, the realization hits me, which is always been followed by the thought, “Ah shit.” The example that always comes to mind happened in college as I was finishing my Bachelor’s degree. There was a big job fair going on where reps from different companies from across the country showed up to interview a barrage of fresh new faces entering the job market with the goal of filling a few open positions. 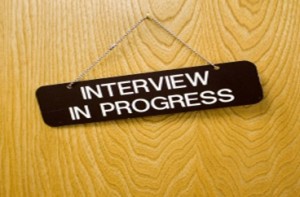 I had managed to set up an interview with some bloke from IBM who was from a facility in Silicon Valley. The interview, I felt, was going quite well. We had a good rapport going, and had been chatting for about twenty minutes. Of course it could have been that after a full day of interviews this guy was just happy to have someone to kick back and chat with and I was more than happy to oblige, and if it added to my chance at getting a job at IBM, that much the better.

We talked about books and travel and he started talked about living on the east coast verses the west coast, and how much more he liked the west coast. In an attempt to show how intellectual and “with it” I was myself tried to juxtaposed the two locations by citing, by sharing “part of Kurt Vonnegut’s commencement speech to the 1997 graduating class of MIT”, which for the record is completely wrong, the piece was actually an article titled “Advice, like youth, probably just wasted on the young” written by Mary Schmich and published in the Chicago Tribune as a column in 1997, but at the time I didn’t know this.

I proceeded to share part of the “speech” with him that goes, “Live in New York City once, but leave before it makes you hard. Live in Northern California once, but leave before it makes you soft.” . . . Ah shit. I thought right after I said it. I tried to back pedal and cover it up, something about it being “some writers” opinion, which was probably just said for a laugh, but it was too late. I had just inadvertently called this man soft to his face. He knew it and I knew it and at that point, the job interview was over.

In the end I guess things worked out for the best. I ended up getting a job at a small company in town. I didn’t have to move anywhere after graduating which was kind of nice, and it just so happened that I ended up meeting the love of my life at that job. I guess if I was one to look at life as some kind of competition in that situation, I won. Plus, it does make for a pretty good Smirk.