It Seemed Like a Good Idea at the Time

by Richard Timothy | Nov 25, 2009 | It Seemed Like a Good Idea at the Time, Observationally Speaking, Public Service Announcement | 2 comments

“It seemed like a good idea at the time.” It’s our unifying cry every time anyone attempts, well anything that does not go according to plan. I’ve personally lost track of how many times I’ve said it myself. It’s such a common human experience that I can’t imagine anyone has ever attempted to count their personal use of that phrase.

My most recent encounter with this phrase happened this past weekend. I was having a chili and Eddie evening with some friends. The evenings have been growing more and more chilled as of late. So I planned a little eve with some dear friends that included me cooking my homemade chili, which could technically be defined as more of an Italian bean stew. Regardless, it was perfect. A hardy and filling soup that warmed you up on a cold pre-winter night.

Along with the meal we enjoyed some wine, which only added to our inner warmth. Some friends did bring beer though; unsure if wine and chili made the type of flirtatious combination they were willing to try. The evening also consisted of all of us gathering together in front of the television to watch my Eddie Izzard’s Dressed to Kill stand-up DVD. Over half the people there had not seen it before, which is why it was the mandatory viewing for the evening.

And to those of you who have not seen this, go out right now and rent it, buy it, put it on the top of your Netflix queue, what ever you have to do, do it! Because it is one of the funniest and most brilliant comedy routines I have ever seen… unless, of course, you have a deep rooted abrasion to the f word, then sadly, you should probably skip it.

Right, so you might be wondering were “the phrase” comes into play. Well, up to that point, is was a night of fabulous food and wine, and two hours of giggling, chuckling, and open-mouth-whole-body-shaking laughter. Hell, we even had a few snorts, which personally just made me laugh more. It wasn’t until after Eddie that our evening experienced the “good idea.”

When it was brought up, it was just too Steinbeckian to believe. And I knew! Right after they said it I knew it was a bad idea. I even relayed Doc’s experience in Cannery Row in an attempt to express that others thought it was a bad idea too. But sometimes, sometimes there are things that truly do seem like a good idea at the time, regardless what others might tell you. My friends were determined, and so began the beer float portion of our evening.

Here’s what was used: 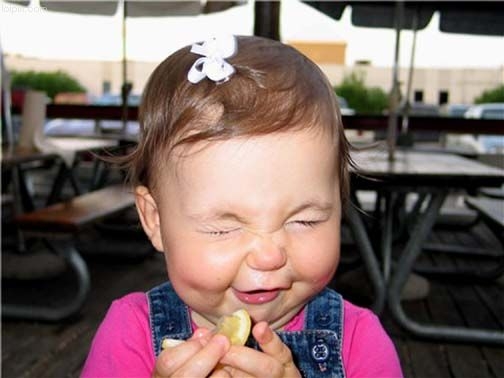 I did admire their uninhibited jump into the unknown of flavorful possibilities. I also appreciated their determination to ignore my warnings and try it anyway. Everyone that tried it responded with that involuntary facial distortion, which is natures way of telling you something is too sour, too strong (like a shot of high octane liquor), or just plain bad. It was like watching a group of little kids tasting lemons for the first time.

It was after one friend’s second attempt at tasting the beer float that I heard them whisper, “Well, it did seem like a good idea at the time.” It was that last attempt to remain optimistic while at the same time admitting defeat.

After everyone agreed that they couldn’t stomach another taste, I threw the leftovers into a blender, added some more ice cream, a shot of Bailey’s, and a shot of some type of coffee flavored liquor and made everyone a beer milkshake, cause, well, it seemed like a good idea at the time. Everyone did give it a try though. I even tried it and you all know how I feel about coffee flavors. 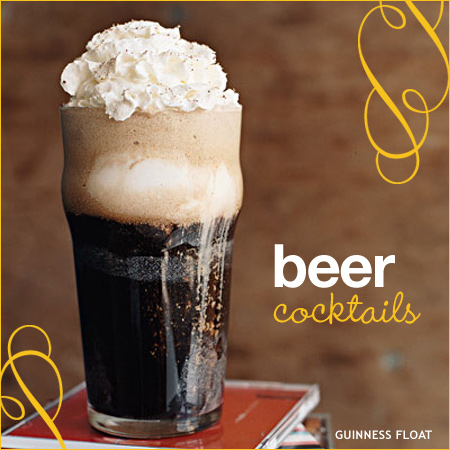 I didn’t like it, but to my surprise everyone drank almost all of their beer shake. Even the ones who had tried the beer float said it wasn’t that bad. I’m not sure that counts though. That’s like taking a bite out of a tomato injected with rubbing alcohol and then following it up with a shot of Tabasco sauce and a vodka chaser and saying, “That’s really not that bad.” I mean, sure it’s nice that you are being complementary, but let’s face it, after trying something that assaults every taste bud you have, anything you taste after that is going to be a vast improvement. Hell, you’d probably say a Pop Tart dipped in mustard “…isn’t that bad” after trying something like a beer float… or rubbing alcohol tomato.

It’s been four days now since the beer float, and everyone’s palate has rebooted from the experience, every time I mention “beer float”, my friends experience an uncontrollable shiver and make that “eahhh” sound, while shaking their head from side to side. 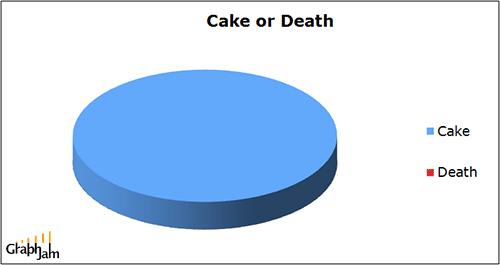 That’s life for you though, some times trying something new, like Eddie for example, is going to leave you laughing the rest of your life. I always get a smirk on my face whenever I think of “Cake or Death?” Then there’s, well, beer floats and to that let’s just say, “lesson learned” even if it did seem like a good idea at the time.