I’m Happy and I Know It 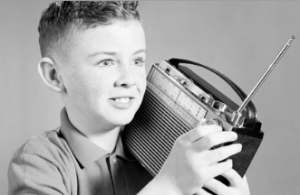 I don’t know about you, but when I am placed in a situation where I’m introduced to things, usually music, in a non-formal manner, I am left to rely on my own musical frame of reference. Non-formal introduction are those where I hear a song I like on the radio, but the DJ never announces who the artist is. Another example is when I’m watching a commercial or tv show and I hear a song that I find delightful, but have no way of figuring out who sings it.

There are also the unwanted non-formal introductions to music, which is commonly introduced to entire city blocks by young kids that roll down all their windows while some crap music is played as loud as the cars inefficient sound system will go. The good thing I’ve found from these experiences is that most the time you can’t understand a damn thing because the subwoofer installed in the trunk is making the entire car rattle every time the base drum is hit, which is usually quite frequent.

In the past I’ve mentioned that Angela has a surprising affinity for music that I am not partial to. Apart from her love for butt rock bands (aka 80’s and 90’s rock or hair bands) like Bon Jovi and Guns & Roses, she also has the occasional mood swing and gets a rather strong hankering to listen to R&Bish, hip-hoppy, poppy, dancey type music. Things like . . . well I really don’t know, but everyone once in a while when we get in her car to go somewhere together she’ll start up the car and some song starts loudly blaring—GAGA! Yeah that’s one of those dancey music people she listens to. 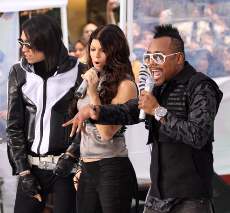 She’s usually quick to change the station, but every once in a while she’ll wait for a few seconds and she sings along to the tune. Clearly she listens to this stuff more than she admits, or it could just be that their lyrics are so redundant that after one listening, you pretty much have the entire song memorized—that’s right! I’m talking to you Black Eyed Peas and your I Got a Feeling song.

So the other night while we were sitting on the couch watching tv, some redundant commercial came on, you know one of those obnoxious ones that comes one every single commercial break. To avoid paying attention to the inane ad Angela said in a tone that suggested she was singing to herself, “I’m sexy and I know it.” Left to rely on my own musical frame of reference and promptly and loudly clapped my hands twice. 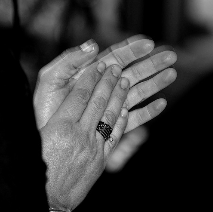 She looked at me a little surprised and confused and asked, “What was that?”

She laughed at me. Then laughed some more. Then stopped laughing and looked at me, and then promptly started laughing at me again. All the while a smirk stayed on my face while I waited for an explanation.

Eventually, once the laughter became more of an occasional giggle, she explained that there was a current song titled Sexy and I Know It by some LMA-something group that was making the rounds on the radio.

And even though I had never heard this song I insisted that I like my version better, and you know what? She completely agreed. This made me happy—so I clapped my hands again, twice.