by Richard Timothy | May 6, 2010 | I Just Don't Get It, I Think There's a Point, Lightbulbs and Soapboxes, Nearly News, Non-Fiction, Observationally Speaking | 3 comments 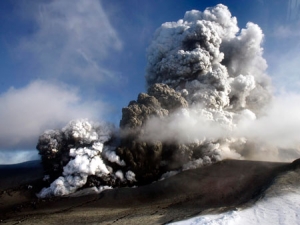 I recently had one of my new Australian friends (thanks Heather) send me a link to a news article from the World News Australia. It was the headline that got me smiling right from the beginning. Headlines are tricky in that regard. Some headlines cause you to pause and reflect, and go into the piece with a certain reverence or concern for the people affect in the story. Other headlines make you turn the page to look for something else that is a touch more interesting to read. Some headlines make you smile because of the comical or feel good story you are about to read through. And then there are some that make you smile, because they are so ludicrous that you can’t help but smile and think to yourself, “Here we go again!” The heading “Ash cloud ‘sign that Britons must repent’ says candidate” is definitely one of those last types of headlines.

Ah yes the age old self proclaimed prophetic mandate of calling others to repentance. If I had to wrap this whole topic up in my own headline I think it would read something like this:

Apparently, an ash cloud billowed out of Iceland’s Mount Eyjafjallajokull volcano, which closed British air space for almost a week. So clearly the first thing I want to know is… how the hell do you say Eyjafjallajokull? And second, where can I get a tee shirt that has the name Mount Eyjafjallajokull printed on it, because that is by far the most impressive, fascinating, entertaining, and fabulous name for a volcano… EVER! 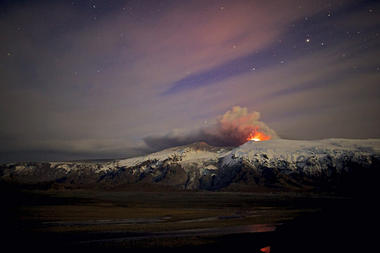 The problem I have with this whole thing is it’s a personal interpretation that has been around just as long as the idea of gods has been around. Plus, as far as signs from a god go, it’s so ambiguous. It’s a perfectly natural aspect of Earthly functionality. I usually call this type of nature activity an Earth fart. Plus, in this case, this event has been happening repeatedly for a very long time. Documented cases of this volcano erupting have occurred in 920, 1612, 1821, 1823, and twice in 2010. I wonder if Britons have had to repent every time it’s happens. So maybe John, our friendly neighborhood Christian People Alliance candidate, is only following tradition by telling anyone who will listen to repent. I mean, scientifically it seems like a rather common action for a volcano, especially that one. Still it would appear that there are some that think it’s the result of some obscure smoke signal from their god informing the world that every Briton needs to repent. 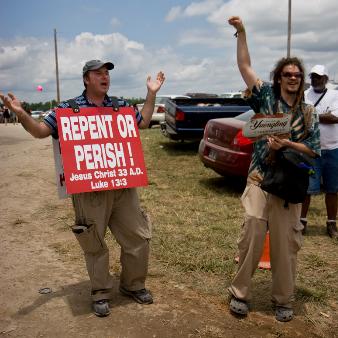 I’m not trying to be rude, but I would like to point out to the Christian People Alliance candidates and like minded folk everywhere, Mount Eyjafjallajokull is not now, nor has it ever been a “volcano of sin awareness.” It’s just an old volcano that ate some bad magma and has had a case of the windy puffs the past few months. By pointing this out to everyone and making such a big deal about it you are only embarrassing the volcano, and yourselves. Please leave Mount Eyjafjallajokull alone. It needs some to rest so it can get feeling better. Thank you.

This whole concept is like watching a video of a baby sneezing and then having the audacity to publically proclaim that the sneeze is a message from god informing the world that the all of the head statues on Easter Island need to repent for making those faces at the ocean for all these years. There is no relation between the two, and it really just doesn’t make any sense. Now, if the parents of the baby had named the baby Squiggy, then I can see calling the parents to repentance, but that’s about it.

Here’s my thought about people telling other people they need to repent… they, meaning the tellers are probably the ones that need to do a little repenting. The thing is, if you are not a supporter of a repentance culture and someone belonging to that culture tries having a “repent sinner” conversation with you, it’s a lot like asking a bear if they would like bless the food before they eat you. It’s an incredibly irrelevant conversation. 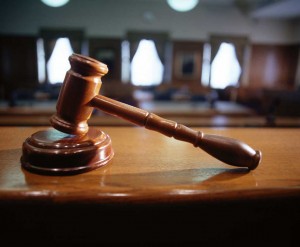 If you think you should be the one to tell others to repent, can I recommend you take some time off, start looking at your own life and make a few changes to yourself? Leave everyone else alone until you are ready to have a respectful conversation with other people. When people try to inflict repentance on others, it has a tendency to come across as a rather judgmental thing to do, and I’m pretty sure I’ve heard people say that there is a story somewhere about someone saying something about how people should not be judgmental. Then again that might just be me making a judgment call.