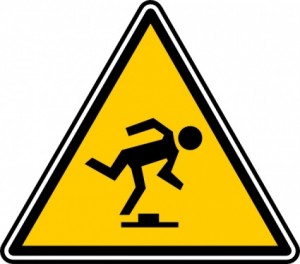 It’s a phrase that I have said a few times in my life, and a phrase I have thought probably thousands of times. In my youth this this phrase was often shared when another siblings chores where introduced in the throes of playtime.

My brother and I would be playing and eventually Mom would call out, “Michael, go clean your room!”

Finally, after two or three more reminders, my brother would shy away from playing and head to his room. Yes, there was more than one time that my brother was called to clean his room when I wasn’t. This was a result of me shoving everything under my bed and then making my bed in a way that the top blanket hung low enough off the side of my bed to touch the floor, thus hiding the mess under my bed. That way there was no way Mom would see everything under my bed if she just walked in my room.

Of course, on more than one occasion, I was called to my room to clean my room properly thanks to her doing the unthinkable and actually setting foot in my room and pulling up the blanket to do a little motherly investigative research.

When my brother would arrive back, he always returned with the same question, “Why didn’t you help me.”

It was a statement that no adolescent boy could refute. There were plenty of times I asked him the same question followed by his usually verbatim reply.

I believe most everyone has used this phrase at some point in their life. For some it might even be a daily or hourly endeavor. Some reasons are valid, some are absolute rubbish, and some you just have to share with others, which brings me to yesterday.

I was at work, hanging out in my little back corner with the rest of my team. Most of us were enjoying our lunch. One team member was getting through some coaching and as the coaching session ended, the girl being coached got up to leave, but ended up getting her feet tangled in some headphone cords and tripped.

As far as trips go, it was epically uneventful. No screams, or bruises, or pulling anyone down with her trying to keep her balance, just a quick, “Ooof” and a half second later she was pushing herself up off the floor.

Then, piercing the silence that followed (we were waiting for her to let us know that she was okay) was the voice of my boss, Sorya, who had witnessed the whole thing.

Everyone started to laugh. It was both one of the worst and absolute best “I would have helped, but . . .” reasons I’d ever heard in my entire life.

To his credit, he did mean something different. He was sitting down with a hand in one pocket. He tried to pull it out to give her a hand getting up, but because he was sitting down his hand was a little stuck. Also, the fall and getting back up happened so fast that he didn’t have much time to react. Still out of all the things he could have said he went with, “I would have helped, but my hand was in my pocket.”

I still giggle when I think about it.

He was so pleased about how well it was received he even asked if I’d make a Smirk out of it. I thought about telling him I wouldn’t be able to write about it since my hand was in my pocket, but I thought he’d earned it. It was a Sorya-ism worth sharing. One that I highly recommend using the next time you find yourself in a “I would have helped, but” moment.

So, what are some of your favorite “I would have helped, but . . .” responses? Either given or received.