How Much is It? (Itemizing Your Personal Currency Exchange Rate)

by Richard Timothy | Nov 4, 2010 | I Think There's a Point, Non-Fiction, Observationally Speaking, When I Was a Kid | 5 comments 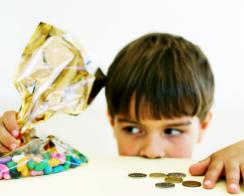 I ‘m not sure if everyone else does this, but for some reason I have always itemized money in my life. And no I don’t mean that money comes first. It usually goes first though, due to the lack of active barter systems in my life right now. As far back as I can remember, once I learned about money, I associated it with other things. Here’s what I mean, in grade school when the only thing better than recess was a piece of candy to eat during recess to help increase my recess production levels. I penny wasn’t a penny, it was a Swedish Fish, or a Tootsie Roll, but only when they were out of Swedish Fish. I penny equaled happiness, in the shape of a little red candy fish.

When I got into junior high school and became immensely smitten with music and the ownership there in. I began purchasing cassettes. Then in high school, after the great cassette to CD crossover, I began my collection of CDs, which became the item I used to associate with money. When I would go out to eat or look at spending money on something, it was not a matter of how much cash I could save when it was on sale or how much it would set me back if I did buy it; it was a matter of how many CDs it was equivalent to. 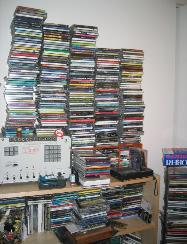 When I got my first parking ticket, I wasn’t upset that it cost me $45, I was upset because it was three CDs that I wouldn’t get to buy as a result. Likewise, when I was saving up for my new stereo system, it wasn’t a matter of how much it would cost, it was a matter of how many CDs did I had to resist in order to save up enough to buy something else. Seventeen… it equated to seventeen CDs that never came into my life in order to get my stereo.

I really didn’t take notice to what I associated my new exchange rate to until my sweetie-baby-cutie-pie-wifey-pooh and I were renting a car in Hawaii. We needed a car for only one day, which apparently is a bit odd when you are spending a week on the island. The rest of the time we were on the island we took the bus, just like the people who lived there. It was like watching a bear in the woods, except, well, the wildlife was not really wild, but they were life forms indigenous to the area… and the bus was kind of like their natural habitat. Riding on the bus is kind of like the lotto, you spend a dollar and sometime you win a show put on by the other people riding the bus, and sometimes you won’t. You might not always win a free show, but when they happen… talk about a show! 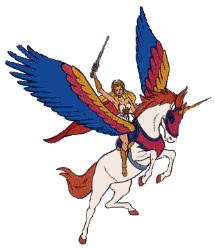 The point is we needed a car. So we reserved one online. Trouble was, the island was out of cars to rent, but the Enterprise website failed to make that realization and just kept accepting and setting up reservations. When we went to pick up our car, there were none available, cars that is. There were only two options left on the entire island, a big red Dodge Ram truck and a minivan, which we named She-Ra, after the Princess of Power herself. You can guess which one we took.

The deciding factor however had nothing to do with the windy road we would be traveling that day (the Road to Hana) or the tread on the tires, or… it was a bottle of wine. The amount of money we would save filling up the truck vs. the minivan equated to being at least one full bottle of wine. Yes, my new itemization exchange rate of choice is a bottle of wine (and if I were the type of person to include those little happy face images made by typing a colon and then a parentheses I would type one in right here). 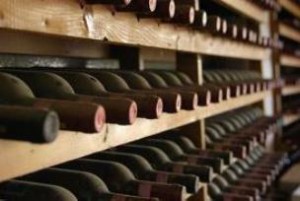 I do believe my itemization exchange rate method is a work in process though, especially when large sums of money are the topic. Take the interest I paid on my mortgage last year. It’s a bigger number than I am typically use to, so I have to invent a new itemization conversion. It was five two week trips it to Italy, or one commercial sized hot air balloon, or the producer credits in a direct to DVD B-movie… the list goes on and on. I’m not sure I’ll ever look at money as money, because really it’s just a piece of paper. I find myself much more interested in it and its well being if it’s associated with something I’m rather fond of. I guess if I had an affinity for stationary then I might be ok with it being just a piece of paper, but I’m not. I need something a little more, and for now wine seems to be doing the trick.

Do you do this as well, and if so what are some of your itemization exchange rates?