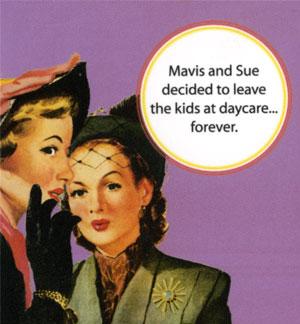 In reading some of my replies, I suppose I should clarify, yes I understand there are always exceptions. What I’m saying is that if the exception becomes the rule then you’re a bad parent. But know I still love you, and people can change.

As promised, in follow-up with yesterdays post, here is a collection of some of my own personally witnessed crap-parenting situations. The first experience that always comes to mind happened a few years ago. I was personally attached to this situation and yeah, let’s just say that looking back, I could have handled the situation a little differently, but that’s hindsight for you, it’s only helpful after the fact, which makes it not very helpful at all.

So my wife and I went to dinner with some old friends. It had been a long time since we had seen them, and I was looking forward to a catching up with them and seeing how life had been treating them. We decided to meet downtown at a local micro brewery/restaurant for dinner. We both arrived around 7 and met up at the front door.

I wasn’t expecting them to bring their four kids, but when I saw them standing next to their parents I actually thought for a second that maybe things will be ok. That thought lasted about 10 more seconds, and then the mom said, “These guys usually eat around 5 and are getting ready for bed by now, and the baby is teething.” My stomach sank and I started clinching my mouth shut, and that’s how I stayed most of the night.

Seriously, who the hell does that? I wanted to give both parents a “stupid slap”. You know the slap. It’s the one you instinctually have to stop yourself from giving someone when they say or so around you that is completely devoid of any rational thought. I imagine this is exactly how McCain felt during his campaign every time Palin began talking to anyone unscripted.

Once seated at our table the mother began verbally expressing that it would be nice if the restaurant had crayons or a kids menu to color or something for her kids to do to keep busy until the food is served. They have brought no snacks for the kids, or anything for them to play with while they waited, and then had the audacity to express that it should be the restaurants responsibility to entertain her children. Talk about deferring you basic parenting responsibilities over to the damn food industry. Personally, I blame Chuck E. Cheese.

My wife was kind enough to get the kids some saltines from a waitress for the kids to eat while we waited for your food. She also got out some pens and paper out of her purse so the kids had something to do. The baby was being held while we waited for food, but once the food arrived, it was placed in a high chair and ignored as we started eating. The baby started to cry at this point. 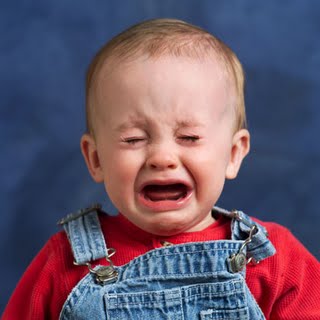 Everyone around us was starring at our table due to the growing volume of the baby’s cries. The mother just keep talking louder and louder to talk over the crying child. I had had enough. It was re-goddamn-diculous at how consistently awful their parenting had been the entire evening, something needed to be said. So, I opened my mouth and out came, “Can you do something about that?” and pointed at the baby. Everyone at our table stopped talking and just starred at me with half open mouths of half chewed food. I continued, “I mean, can’t you hear that? Why don’t you try holding it or something?”

My wife choked a little on her food, and started squeezing my leg with what I personally thought was excessive force. The mom elbowed her husband who stood up, grabbed the kid and disappeared for the rest of the meal. Was it a bit of an asshole move? Perhaps, but I felt a lot better. Not to mention, it was much quieter, and I think everyone else in the restaurant was grateful as well.

My wife and I now laugh about it, but we never bring it up when we get together with those friends. Was that situation an exception to the rule? I have no idea, but the few times they have brought their kids over to our house… let’s just say not a lot has changed, but I have gotten a little more tactful in how I present things to them.

As for other situations I’ve witnessed, let’s make a list:

Damn! I sure get pissy when I talk about this stuff… still, I’ve said it. I feel better. Thanks.

What about you? What lands on your list of bad parenting? Leave a comment and let me know.