Have a Seat… oh wait, Sorry 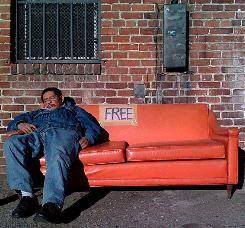 This Sunday held a few hours of pick-up, move around, and plug it all back in. During last week we finally got our basement floor repadded and carpet put back into its proper place. It wasn’t until Sunday that we had the time to get everything back to where it belonged. Thus freeing up our front room and giving us access to a television again. It did seem to take a lot less time to put things back than it took to get everything moved out of there in the first place. This surprised me because when we were moving everything out of the room to save it from water damage you would think that we would have moved everything with a bit more in haste.

All speedy setting up aside, we did feel the need to reward ourselves with time… time together to watch a film and relax a bit before bed. It would mostly quite lovely. I mean picture it, there you are sitting next to your significant other, wrapped in a blanket and looking onward towards a rectangular box filled with colorful moving pictures as you sip on some wine and enjoy a little cheese with your crackers, or crackers with your cheese, depending on what part is your favorite. Oh, one last thing, you are sitting in the middle of an empty floor. Yeah, we have away our old couch and have yet to get a new, we do have it picked out, so at least we have that going for us. Still, it will be a little while before we get it. 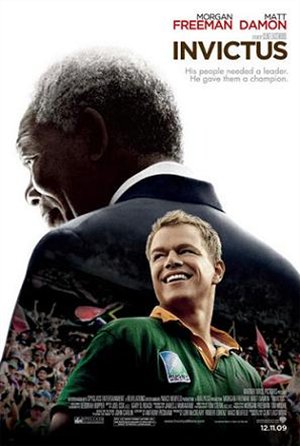 Angela was very adamant about letting the old couch go the way of charity. It’s not that it was a bad couch, or that the flooded basement was even the couches fault, it’s just that, well, it didn’t tie the room together. I’ll admit that sitting on the floor watching a film was a little remnant of early college days when most of your furniture was a result of cinder blocks and 2x4s that you permanently borrowed from a local building site. Still, after spending two hours watching a movie about South Africa and the 1995 Rugby World Cup, your now square neither region does seem to carry a very noticeable argument as to why sitting on a couch is a much more preferred method for film watching appreciation.

On a plus note though, it is a fabulous space for doing yoga or thinking about doing yoga, which ever school of thought you adhere to on that one.