This month started off a little macabre, what with having two funerals less than a week apart. One was for my best friend’s dad, and the other was for my other best friend’s mom. They were two secondary parents that helped raise me as I grew up in Wyoming. Needless to say it was an emotional way to start the month.

I’m of the disposition that things don’t happen for a reason, there is such a thing and coincidence, and the only ones that know what happens when we die are the dead and they’re keeping pretty hush-hush about the whole thing. It’s all a matter of perspective really and it was my perspective that left me walking away from each funeral with a smirk on my face. 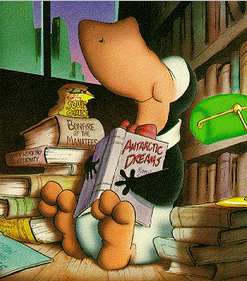 The first funeral was for Don, a school teacher and a motivator for the poetically unaware. He had a way of encouraging the poet in all of us to surface, and start writing. Plus, he introduced me to Opus and Bloom County. He loved to teach about the hero’s journey from Greek literature, and then explained that all of us will, in our life, have our own hero’s journey. The key is not to be surprised or disappointed if things don’t always go as planned.

This brings me back to the end of Don’s funeral. I had given my friend (Don’s son) a lift to the funeral, and expected to go to the cemetery with the family to finish the burial proceedings. After my friend helped carry the coffin to the hearse he came back to me and said, “My mom is going to drive in the hearse so I needed to take her car to the cemetery. You’ll be driving there alone, but just follow everyone else.”

So I did . . . well, I tried. I was near the end of the line, but at least I had plenty of people to follow. The problem was that the route the hearse took to the cemetery seemed to include a goal of going though as many traffic light intersections as possible. I kept up with traffic through the first light. The second light turned yellow, but I was sure I would be fine since there were three cars in front of me and at least one of them had to know where they were going.

Not the case. The three cars quickly turned into two cars as the first one kept going through the light. The remaining two almost instantly became one as the second car ran through the red light. A second or two later there were no cars in front of me as the remaining car inched out into the intersection and ran the light just as the cross cars started moving. I was instantly cut off by the cross traffic. I tried to keep an eye on were the cars had gone, but they were long gone by the time the light turned green. 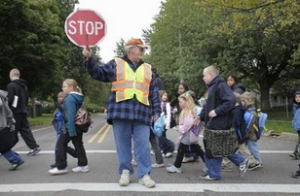 I tried to catch up to the next lit intersection in hopes I might recognize one of the cars, but by the time I got to the next intersection, which was also a red light. It was official, I was lost. So I pulled over and called my friend to see if he could give me directions. Guess whose phone was turned off because he was at his father’s funeral? I did drive around for about ten minutes and happened across a friendly older crosswalk guard, who was happy to give me directions to the nearest cemetery.

As I drove up to the entrance of the cemetery, I saw some cars pulling in ahead of me. This was a good sign; things were starting to look up. When I saw the coffin on display above its plot, I was relieved.

I got out of my car and started walking toward the coffin. An SUV pull up and a bunch of teenagers got out holding bunches of balloons. I stopped mid-step in the middle of the road and started looking much closer at the faces in the crowd. I didn’t recognize a single face . . . I was at the wrong funeral. 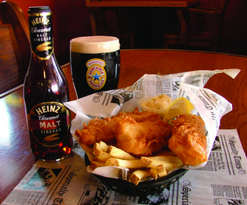 When I got back into my car, I started smiling and headed to a local brewpub to get a drink and some fish and chips, because when you are on a journey things don’t always go as planned. While at the pub, I got a call from my friend telling me he had gotten lost too, and that he had just arrived there. He then told me to just go home and that he’d get someone to drop him off there later so he could pick up his car. I think Don would have appreciated people getting lost on the way to his grave site. It’s the kind of thing that inspires people to write poetry.

The second funeral was for Helen, a tiny lady (4’ 11”) that had a way of filling any room she walked into. Every time I saw her, she was genuinely filled with joy at seeing me. That was how she treated everyone, and the second I set foot in her house, I was family.

The last time I saw Helen was in August, my wife and I stayed at her home for two nights for during my 20 year high school reunion weekend. Apart from all the reminiscent sightseeing, Helen invited us to the new CallAir Museum that she was working at part time. She was 70 and needed something to keep her busy, and loved giving people tours. 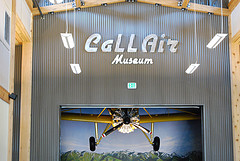 With the weekend being so busy, we never had the chance to make it to the Civic Center, which is where the museum was located, to have her give us a tour. Her invitation to me to go to the museum was one of the last things she ever talked to me about, so when I arrived at the Civic Center for her funeral a smile made its way to my lips.

After the services, the museum was opened up for a short while and I was able to take Helen up on that invitation to see the museum. As I wandered around looking at the exhibits I couldn’t help but think about the coincidence of how I was able to accept her final request to visit the museum with her. Subtle, sure, but it helped with saying goodbye.

To both Helen and Don, thank you for the love, the insights, the lessons taught, and the understanding. You are loved and always fondly remembered.