Fines for Potty Mouths and Don’t Mess with Granny 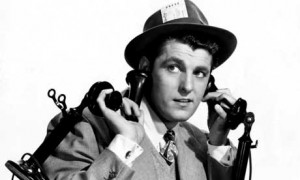 One of the things about news stations in the US is that 99% of the time (or more) news about what is going on around the world doesn’t get reported to us. This has caused me to occasionally peruse headlines from around the world to see if the reporting in other parts of the world is a pointless as it is here in the states. Over the past week I’ve found a few stories from the other side of the world from a culture of people who, according to Douglas Adams (in his Last Change to See book), are very keen in assuring you that no matter what is going on in any given situation that there is nothing to worry about. This is commonly expressed in the form of the continent’s catch phrase, “No worries.”

Yes this week’s Smirk comes to you with much gratitude from the wonderful land called Australia. As it turns out, I have a few friends in Australia, friends I have not yet met, but someday hope to. And from the little correspondence I have had with them, I must admit that my overall opinion is that Australia is filled with nothing but kind, friendly people who enjoy a drink every now and again. I am sure there are some people that do a very good job thwarting this perspective about Australians, but I have yet to meet any of them. One thing I know about the country with much tested certainty is… they make a damn tasty Shiraz.

And it is that damn that brings me to my first amusing headline about the goings on in Australia:
Damn! Aussies to be fined for swearing 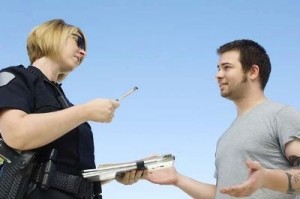 In the state of Victoria, the country’s second most populated state legislation is expected to pass that will allow the police issue on-the-spot fines for obnoxious swearing, fines that can reach up to $240AUS ($257US). To me the key identifier in this law is the word obnoxious, which does bring up a number of questions for me. My first concern is that this law is open to a huge range of personal interpretation on what is considered obnoxious. If you have one officer that was raised in a very strict home where profanity was strictly prohibited their view on what is considered obnoxious swearing is going to be very different from someone who comes from a family of sailors. (Yes it is my universal belief that all sailors no matter where they come from are masters in the art of profanity.)

The law is intended to be targeted towards obnoxious, offensive behavior in public, but personally I find it much more offensive and obnoxious when I’m in a restaurant and a couple comes in with a set of ill-behaved children and are seated at the table right next to me. Then for the remainder of my meal, me and every other table around me has to deal with a baby crying or a four year whining about not wanting to eat its food. I find this a hell of a lot more obnoxious than a drunken person cursing at the “Don’t Walk” light because no light is going to tell them what the hell they can or can’t do. Honestly, which is the more obnoxious, offensive behavior in public? 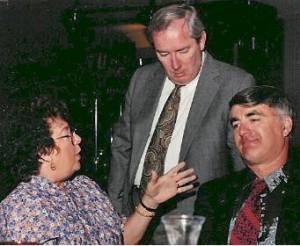 Some of the most obnoxious language I’ve ever heard comes from people that don’t utter a single curse word. Seriously, all you have to do is start talking politics with someone that doesn’t share your political views and you will soon be engaged in one of the most obnoxious conversations of the year. Granted, at some point I’m sure profanity will ensue, but there are a few rare exceptions where the lack or profanity remains, which creates a more obnoxious encounter because let’s face it profanity offers certain emotional venting avoiding to swear only increases the tension.

Another question, is this only spoken profanity? If you are wearing a tee shirt that has profanity written on it… can you get a fine? What about people with Tourette’s syndrome? Are they excluded from this law? If not, why not? If so, could you get a Tourette’s card that allows you to swear obnoxiously in public without fear of breaking the law? (That’s right here at Smirk I’m willing to ask the tough questions that seem random as hell, but now that I mention it you know there are others out there who are going to be wondering the same thing… and now, thanks to me, you’re one of them.)

I can tell you this; I personally think that passing this law would automatically remove any and all chances of the state of Victoria ever hosting a World Cup. I don’t think there is a police force large enough to attempt to issue British football (soccer) fans during a World Cup a ticket for obnoxious profanity. Obnoxious profanity and sports go together like vegans and tofu, trees and forests, fish and the ocean or cat juggling and clawed arms. They belong together and I think trying to take that away would risk damning the sports world forever, at least in the state of Victoria.

My next Australian story held the following headline:
Aussie woman, 89, beats off bandit with handbag 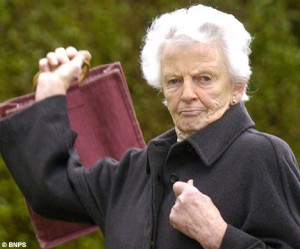 In short, three women, ages 71, 82 and 89, were chatting away in an underground car park in Melbourne on May 26. They were approached by a man who pulled out a knife and held it to the throat of the 82 year old. What happened next? Well, the 89 year old, without even giving it a thought, swung her handbag smacking the assailant in the face. The 82 year admitted, “I tried to kick him in the groin, but I could not move my leg far enough or high enough.” The man kept yelling at the old ladies to give him their bags, but the ladies refused, continuing their defensive assault toward the man.

The mugger finally fled after a man passing by ran to the defense of ladies. However the 71 year old friend kept an eye on the fleeing man and memorized his plate number as he drove away. Unfortunately, the car turned out to be stolen so the attempted robber was not caught. The police were rather impressed by the women and deservedly so. The 82 year old did receive a small cut on her hand, but fortunately it did not require any medical treatment.

I’ll admit that the visual I get of these three ladies attacking this unsuspecting mugger with their handbags and failed groin kicks, and walking away from it not just unscathed (minus a small battle cut) is not only poetic, genius, and smile inducing, but it fills me with the satisfying reassurance that one is never too old to be a bad-ass. I tip my hats to you ladies. You are an inspiration. And thank you Australia, for creating some news that has kept me smirking all week. Cheers.