Dressing for the Success? 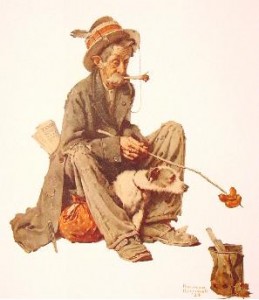 I do enjoy the ongoing and amusing observations about life, either of my own devising, or from others. Occasionally, someone will point out something about me that I’ve personally never thought about before. It’s usually something telling, but at the same time so obvious to me I never took any notice until it was pointed out. So here’s what happened…

It was a typical Tuesday morning, where I begrudgingly got out of bed for two key reasons; first, I needed to pee, and second, I had one of those things to get to… “a job” I believe most people call it. So, when I got out of the shower I was smelling of cucumbers and mint… clearly I’m not the one who purchases the body soap in our house, but I’ve got to say thanks to my sweetie-baby-cutie-pie-wifey-pooh for her affinity for smelly soap. My aroma has never been lovelier. 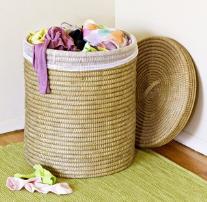 Soon I was robe wrapped and staring at my open closet wondering what to wear for work. All of my normal work clothes were waving to me from the dirty clothes hamper, and I have a rule about the dirty clothes hamper… once clothes go in they are not allowed out, unless, of course, it’s to take a bubble bath in the washing machine. That’s the thing about hampers… it’s that dark dirty place in the corner were foul odors go to mate.

Now I’m a firm believer that under average circumstances I can get at two to three wearing out of a shirt. That is if I don’t do anything in the shirt that turns it into a perspiration sponge, like going to the gym, shoveling out the driveway, chasing my niece around the house for an hour playing tag, I see no reason to condemn the shirt to the hamper. However, once an article of clothing touches the hamper it almost instantly becomes a playground for all the other smells already play in there. Smells like socks that have spend the day marinating in my old leather shoes, tee shirts ripe with the fragrance of days were I forgot to add deodorant to my pitters, well used sweat pants, and knickers… yep just knickers. We all know they smell; let’s just leave it at that. All those odors and more violate any clothing you add to the mix, making it entirely unwearable, unless of course you have a part time job as a homeless person and you feel it’s important to smell the part.

The point is when I arrived at work I was wearing a mostly wrinkleless burgundy colored polo shirt with some black dress pants, which I usually only wear when performing weddings, or some other occasion where Angela tells me I need to dress nice. When I got to work my office mate (yes the one in the ghost story) looked at my outfit and asked, “You going to a job interview today, Rich?” 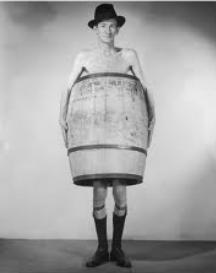 “No, I just ran out of clean clothes.”

He started laughing and said, “You are the only person I know that dresses up when he’s out of clean clothes.”

I try to make a habit out of not arguing things that are irrevocably and universally true, so I just nodded in agreement. He was absolutely right; well, except for the random and rare event that our client is visiting, then I make sure I’m wearing my “out of clean clothes” outfit. However, I don’t think I’m the only one that does this. I’m just one of the supervisors that does this more often than all of the other supervisors at work. Besides, they all end up dressing like me on Friday anyway. 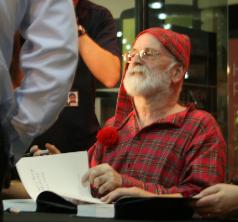 Sure, in some instances you have to make sure the packaging looks good, and there are definitely times where you need to dress for the occasion. For example, no one wants to see you wearing a tuxedo at an 80’s themed party, unless, of course, it’s a tuxedo tee shirt. Also, if you are being knighted, you don’t show up in a long pajama shirt and matching hat. You wear that to your midnight book signing of your latest best seller… see Terry knows.

I guess the point is… just be you, and dress for the occasion. Oh yeah, and one last thing… for god’s sake please make sure you put on some pants before answering the door… because it’s the right thing to do, that’s why. Unless it’s a religious person proselytizing and you want a quick and easy way to get out of talking to them. Trust me, it works like a charm… they haven’t comeback in over a year now. I’m not saying I’m proud of what I did; I’m just saying it works.

So, what are your thoughts on this whole “dress for success” concept? I’d love to hear them.