Ding! Bring out your Raptured! 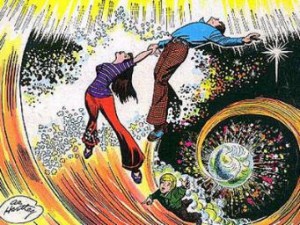 Today’s Smirk was unavoidable thanks to Harold Camping, a somewhat religious 89 year old guy who has been prophesying on his 55 radio stations and on some 2000 billboards across America that “The End”, you know the big one, the final farewell, the day the heavenly escalator is finally completed, the joyride to the stars, the day the Earth said “bugger it”, and the eternal blue light special will begin this Saturday, May 21st in Jerusalem starting at sundown. What I find so entertaining about this whole thing is that this is Harold’s second attempt at insighting the “Rapture.”

It’s true! Harold’s first attempt at predicting the end of the world was back in 1994. He was even kind enough to put in print. His book “Are You Ready?” was filled with the methods he used to add up numbers in the Bible to decrypt the versed book and proclaimed to all that the world would end in September of 1994. After this unraptured event came and passed, the only thing I can think of is that ol’ Harold went back to work and realized that he either A) missed a decimal point, or B) forgot to carry over the remainder and add it to the final number. Bible math must be hard.

This does bring up one key question though, what is the limit on “End of the World” predictions for one individual? Personally, I’m perfectly fine with incorporating the “everybody gets just one” rule, but any more than that and, well, ol’ Harold is now the boy who cried “The End”. What’s surprising to me is how seriously he is being taken by so many people for someone who has already got it wrong once before.

For those of you who don’t know (and I just so happen to be one of those people) the term rapture, when used as a verb, is (according to some millenarian teachings) the first stage of the second coming of Christ, where he will transport all his believers from earth to heaven. As a noun however, it just means a feeling of intense pleasure, which I think is something we can all agree would be wonderful to have in our lives on a daily basis. In looking back at the verb approach to the word I’ve got to say it would seem that the true warning for tomorrow goes out to all the sky divers around the world, watch out for floating people on your way down. Could you imagine getting all raptured up, heading to heaven and then next thing you know you are plummeting to the earth because sky diver ended up nailing you on his way down. Talk about a bummer. 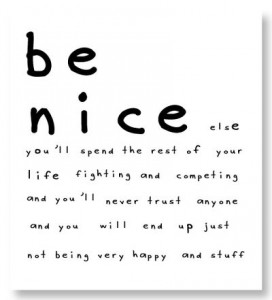 I think the important thing to remember about this whole thing is that if you do have friends or family that are all caught up in this latest end of the world fad, remember the brilliant concept that was so clearly expressed in the Bambi all those years ago, “If you can’t say something nice… don’t say nothing at all.” This is similar to the concept of treating people the way you would like to be treated. When you make an ass of yourself, you don’t appreciate having it rubbed in your face, try to remember that before you call to gloat that they are still here come Sunday. If you must call, just let them know that you’re glad they are still around. However, if the rapture ready person was a complete ass to you, well then they treated you the way they wanted to be treated and I really see no harm in rubbing it in a little.

All this rapture talk does bring up one last question though… do you think if someone was getting all raptured up floating away on their way up and yell out, “So long and thanks for all the fish,” would that be like letting the air out of your rapture flotation device and return them to earth for being a smart ass? Yes, here at Smirk I am willing to ask those difficult rapture questions that everyone wonders about, but are afraid to ask.

Any thoughts? Oh, and see you all Monday!

Image Sources:
Google Images, keywords: the rapture, the is near, and be nice.