Coming Out… The Journey from Vegan to Not

by Richard Timothy | Nov 8, 2010 | I Do Suggest, I Think There's a Point, Lightbulbs and Soapboxes, Non-Fiction, Observationally Speaking | 4 comments 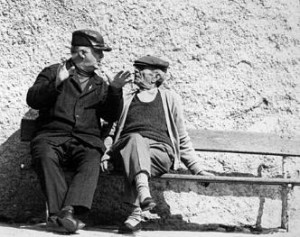 Some conversations end before they ever have a chance to get started. Others are one-liner conversations, much like reading the cover of a Cosmo while in the checkout line at the grocery store. And then there are conversations that begin with such obscurity that you can’t help but stand in muted awe until the person speaking explains what the hell their talking about. Take me for example, this weekend my sister was over visiting and the first thing out of her mouth was, “My boyfriend finally came out to me.”

And I just stood there, my mouth slightly open, wanting to say something, but pretty sure I needed a little more information before I began adding anything to the conversation. My sister must have noticed this because she quickly added, “He’s a closet meat eater.” 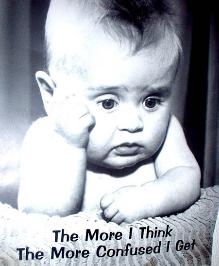 “He eats closets full of … or he eats meat in his closet?” I asked.

I think the new layer of confusion now resting on my face was the indicator that she needed to start this whole conversation over. “He’s vegan, at least he was. He has been for years.”

Turns out her vegan boyfriend, has been enjoying a little meat consumption without anyone knowing, and feeling just terrible about it, sort of. For the record, it’s only fish. He still is highly opposed to him consuming any mammals or fowl of any kind. But when it comes to fish, letting that boy lose in a sushi restaurant is like watching a claymation King Kong tear apart a model of New York. Oh the horror! Still, he does his best to keep his “closet” fish eating to himself and away from his friends and family. 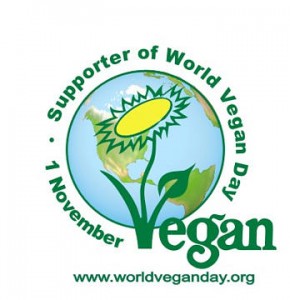 My sister and I began discussing her “out” (or “fish-nivorous”) boyfriend and the issue behind calling yourself a vegan, when you are not even a vegetarian. Her perspective was that claiming you are a vegan, when you clearly aren’t, is lying to yourself about the person you truly are. I decided it was just like smoking. I have had many friends over the years who would only smoke when they drank, all the time referring to themselves as nonsmokers. They clearly were smokers, even if they only drank once a week, but because it wasn’t an everyday thing, they held to the personal opinion that they were nonsmokers.

There are a lot of people that do this though. People are constantly calling themselves something they’re not. Take me for example, for years I’ve called myself a “beady eyed vegetarian”, which meant that I would eat vegetables and animals with beady eyes. Things like fish or fowl, but big eyed animals like cow, lamb, pig, etc. were right out. So was I a beady eyed vegetarian? Not at all, because I ate meat, I still do. I mean if I really wanted to get more exact about my eating habits, I suppose I should just call myself a “carb whore.” Bread is my kryptonite. 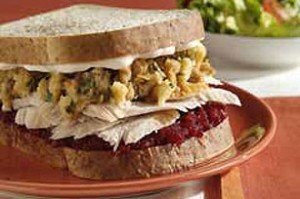 If I am placed in front the consumables for what is traditionally called a meal, and there is any possible way of me pulling it off, ten times out of ten I’m going to be making a sandwich. It happens every time I have dinner at my parents. Even at Thanksgiving, or any meal even remotely Thanksgiving themed, I always grab a dinner roll first and slice that thing in half. I’ll place a scoop of stuffing on the bottom piece, then a slice of turkey, then some cranberries, then some of the lettuce from the salad, maybe a little salad dressing, and pop on the top of the roll and tada, I’m having a Thanksgiving dinner sandwich.

I guess I could call myself a “carni-lite” or a light carnivore, but that might confuse people because I am not a light person. I guess because I eat mostly fish, I could call me self an aquacannibal. It sort makes sense when you realize fish eat mostly other fish. Of course there is always going to be that one smart ass that thinks an aquacannibal is someone who only eats people who know how to swim. This is problem that always seems to happen when you introduce new labels into the already saturated human labeling market.

I have a friend to calls himself a vegan, but in reality he’s just a “sugar whore”. He might not eat any meat or dairy, but that chap eats more sugar than a nine year old with ADD on Easter Sunday who keeps announcing to the congregation that, “Blessed are the rabbits, for they shall lay chocolate eggs for all the good children of the world and have their feet considered lucky”… or something like that. 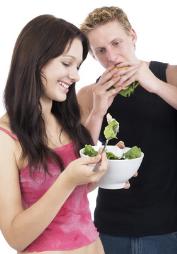 I mean if you are attempting to become a vegetarian then call it like it is. I would say calling yourself a “struggling vegetarian” might work, but I have a coworker that claims he is a struggling vegetarian, but to him it means that he struggles to eat any type of vegetable period. Actually, I think we should just make it a general rule of thumb, if you eat meat of any kind you are not a vegan or a vegetarian, especially if you are calling yourself one in between bites of your Chicken Caesar salad. I suppose technically, if you are eating a vegetarian dish, you could call yourself a vegetarian for that meal since you are following the dietary guidelines that coincide with the established definition of that label. But don’t. It’s confusing to everyone in the long run. Please for the sake of world sanity quit calling yourself something you clearly aren’t.

You can still be a vegan or vegetarian supporter even if you eat meat and vice versa. Also, vegans of the world, stop telling meat eaters that Tofurkey or a tofu anything that is processed to look and taste like meat actually tastes like meat… it doesn’t. Quit trying to convince anyone, yourself included, that it does. Good for you sticking to your dietary convictions, but you’re not fooling anyone telling us it takes like meat. How would you know? 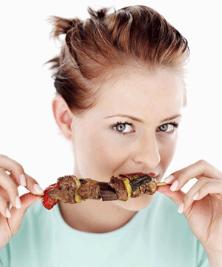 Likewise, to all you excessive-amounts-of-meat eaters, don’t be a douche and when hanging out with the veggie people and constantly talk about how delicious meat is, and asking the veggie people if they want a bite of your steak. To them meat is murder… tasty, tasty murder… kidding, sorry (I saw that on a t-shirt once and it always pops into my head every time I hear the phrase “meat is murder”). To them meat is the equivalent of, well, a carnivore eating a Tofurkey loaf for Thanksgiving. Get over it and try having a non-meat related conversation with them. And in one final attempt to those that still don’t get it, if vegans and vegetarians don’t eat meat that means there is more for you. Same goes to you veggie people in regards to vegetables. That way we all get something we like and we all get along… Check please!

I know “beady eyed vegetarian” might be a new term for some of you, what are some of your self-created food consumption labels?