by Richard Timothy | Apr 9, 2010 | I Think There's a Point, Life Characters, Non-Fiction, Observationally Speaking, When I Was a Kid | 0 comments

This story starts as all stories on this subject start… with good intentions followed by a series of bad choices. At least I think that’s how it started. While going to college in Powell, Wyoming I was without a car… actually I started with a car, but it died about 30 miles from campus. And when I say died, I mean dead died, like never coming back dead… like Steve Buscemi at the end of Fargo not coming back dead.

My first car was a 1971 Chevrolet Impala. Believe me there is no need to be impressed. The car cost me $50 dollars and it was a vomit aqua color of blue and green and rust all mixed together. The inside was gutted so that there was not padding or covering of any kind on the inside roof of the car. And it burned oil. It burned oil like a Brit drinks gin, like a vegan eats tofu, like an alien probes a… abductees. Yeah it burned a lot of oil. We named it the Lucky Bastard mainly because it had actually made it to California and back when the previous owner, my friend Ryan, felt compelled to learn to surf before heading to the UK for a few years. It was a miracle that the car made the round trip and we still running for that matter.

As I was driving to Powell I was traveling along a windy canyon road and found myself stuck between a Pratchett Troll and a dab spilled soy sauce on a white shirt (a rock and a hard spot). There was a large yet motionless exhaust pipe in the middle of my side of the road. There was a car traveling in towards me in the opposite lane and a cliff with at least a 50 to 75 foot drop-off to my right. So I took the only logical option I had. I slowed down as much as I could and ran over that exhaust pipe. This resulted in a very large crunching noise the emitted from under my car. It sounded a little like two Transformers making out. So when I found a turn off point I pulled over and checked out the car. 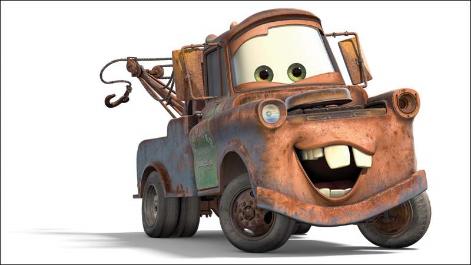 The back seat was so full that I could not see a thing out of the back window such had a billowing cloud of white smoke coming from my car. I couldn’t really see a problem, but when it comes to a working knowledge of car related things, well, I can usually identify the color, but that’s about as far as I usually get. Long story short, the crunch I heard was the exhaust pipe knocking a dime sized hole in my oil pan. It only took 20 more miles before all the oil had run out and the engine seized, never to be started again. The tow man did take pity on me and was kind enough to town to Powell even though we were already in a Cody (a town about 30 miles away from Powell).

Hence, this is how I arrived in Powell with a car and without any transportation. So when a friend told me that there was a co-op in Billings, Montana (a city about an hour and a half from Powell) that was selling some rental mountain bikes for about $200. Sure it was four times more than I paid for my car, but it was also going to be 10 time more reliable. They were that year’s model and they had been well taken care of and kept up. I was in, I just needed to find a way to get there and bring one back with me.

Turned out that Carrot Jim and a few other people were heading up to Billings that Saturday and were happy to have me join the trip and help donate to the fill the tank with gas fund. We went to the co-op first and picked up the bike with no troubles to speak of. It was a mountain bike with front shocks and it was just my side. Carrot Jim even had a bike rack on the top of his Jeep. It was one of those older model station wagon style Jeeps. I know there’s a name for them, just don’t care enough to look it up. 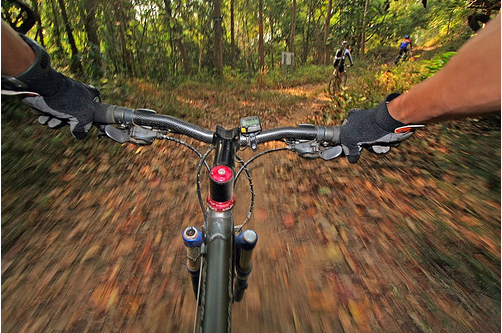 Now as I was test driving the bike and taking care of the purchase and all, some of the people in the Jeep thing had… hmm, let’s go with they were suffering from glaucoma and took some time to ingest some air that just so happened to be filled with a little HC accented T. I mean I know one of the side effects is poor short term memory, but what happened next was… I really just couldn’t believe it.

Once we had attached the bike to the roof of the Jeep, most of the people in the car were expressing an intense desire to get something to eat, and Jim needed some carrots. His backup bag was now empty. He suggested a place in the downtown area that had great coffee and good food. It was unanimous and as short while later we were in the heart of downtown Billings. Jim mentioned that there was parking lot close to the café that we could park at. What he failed to mention was that it was an indoor parking lot. So as he pulled into the place I spoke up from the back seat, “Dude, you have a bike on the roof of your car!”

This received with a few giggles and Jim continued pulling into the parking building. I tried again, “Jim! There’s a bi….”

And I was interrupted by a very loud crash, bang, boom, and scraping sound from the roof of Jim’s car. He slammed on the breaks and actually said, “I thought you were kidding!” as he jumped out of the Jeep so we could check the damages. The front fork shocks were dead, but they are what saved the frame of the bike. The seat had caught one of the low cross ceiling beams and the shocks were pulled out of their tubes and stretching out the springs.

I was baffled when I got out of the Jeep. He thought I was kidding? What? Why… How is that even possible? He helped me attached it to the roof of his car less than twenty minutes ago. I mean… seriously! All I could figure is that it must have been some amazing pot, because that much memory loss over just a short time and distance was simply dumbfounding… and commendable if you think about it. I mean the fact that most of them graduated, well done indeed.

It was clear that Jim didn’t care about my bike at this point, we was more concerned about any damage to his Jeep. Other than a small dent or two there was no real damage. I on the other hand was going to need to get new front shocks, which meant that my just bike was about to double in price. New shocks were going to cost as much as I had just spent on the whole bike, which I didn’t have. Yeah I was pissed at the time, but I would imagine most people in my situation would be. 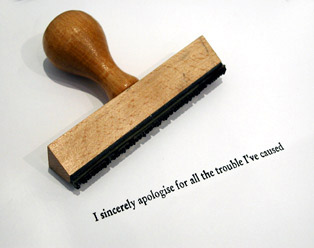 Jim sensed this and to help smooth things out promised to pay for the new shocks, all the while apologizing profusely. The unfortunate part was that the reality was that we were both broke college students, so when I finally got the bike fixed and called while with the bill, he was honest and told me he would be paying it. He didn’t have any money to do so. So I responded like the young 20 year old I was who was also a broke college student and just used their portion of the rent to get their bike fixed because they were told they’d get the money for it. I started swearing at him and doing my best to point out every possible flaw I could think of about him in regards to his failure as a human being.

Sure I felt bad afterwords, and I know he felt bad about it as well, but I was stuck in victim mode and was angry and chose to be mean and unforgiving. Youth can do that to you sometimes. So we stayed clear of each other after that. We wouldn’t even acknowledge one another at parties, or art shows, or in classes we had together. It was too bad too, and in the scheme of things, utterly pointless. 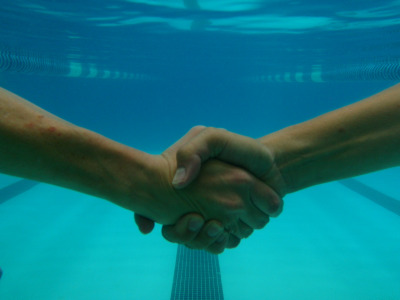 I think the saddest thing was that even after 13+ years of this event transpiring, one of the first things Jim said to me when we reconnected on Facebook was that he was a little worried about accepting my friend request and that he had a little anxiety when he saw my name on the friend request because of the bad way things ended between us. That’s way too long to be carrying around that type of bad energy. It’s so bad for you on so many levels. We’ve since cleared away the any residual negative waves between us. I don’t know if we’ll get any further than old college acquaintances, but even if that’s where we end up, it’s profoundly better than it was for all those years. And based on that alone I think it’s a rather happy ending to an unfortunate event. Besides, the mental image of watching a Jeep drive into an indoor parking lot with a bike on the top of it is going to keep putting a smile on my face until the day I die.