Bumper Stickers… The Tattoos of the Automotive World

This is something I found on that internet thingy the other day that, well, made me laugh.

It was a product recommendation by Cory Doctorow on Boingboing.net. Here’s what he wrote:

“Looking for an automobile decor element that proudly proclaims your devotion to the earliest, persecuted science fiction fans that huddled in catacombs, scratching crude ray guns into the walls? Look no further.” 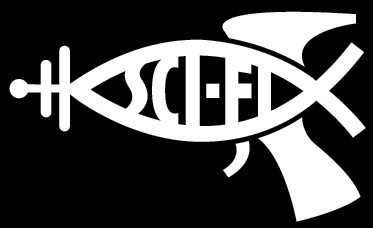 It’s the type of thing I just might be tempted to get and put on my car. If you are interested in getting one, or some, or many, here is the link I found for ordering them: Click here. I’m not sure who came up with the image and yes it is one of the many fish parodies, but it does make me smile. Plus I have many sci-fi fan friends that I believe would appreciate a bumper sticker of this caliber… or laser diameter, or something.

I think even my dad would giggle a bit. No, he’d never put it on his car, but he might put it on the fridge or tape it on his office wall. Over the years I’ve noticed that bumper stickers are essentially the tattoos of the automotive world. And just like some people would never get a tattoo, some people would never put a tattoo on their car. Al though I think there might be more people out there that have tattoos than have bumper stickers. The reason? Easy, its much easier to hide a tattoo than a bumper sticker. They are very useful profiling tools for other drivers, which allow them to make two possible conclusions about you as a person.

Now take that same person, put their kids in the car and their religious wife, and you might get something like, “Those kinds of people just fail to realize that animals are here for us to eat.” See, they still don’t like you much, but there is no longer the death element, nor their rooting for your demise… at least verbally.

It’s funny to me how some cars, like some people have an over active desire to cover large portions of their exterior with tattoos. The pros and cons seem to be the same too. If you take care of them they continue to look good as both you and they age. If you stop taking care of them and yourself… tattoos can become that reminder of something you didn’t ever want to be reminded of, in an old faded, worn and used kind of way.

As we get older our view and perspectives change and as with some tattoos that people choose to cover up with something new and more them, sometimes that old bumper sticker to put in twenty years ago, finally needs to be covered up with something newer and more you. For some it’s finally covering up that “84 Mondale/Ferraro” sticker with a “Palin 2012-2014½.” sticker. Which I think is also an amusing example of the evolution of a believer to a cynic.

One thing about auto tattoos is that when the car moves on to a new owner, so do the tattoos. I’ve met a number of people that have purchased used cars and they keep the bumper stickers on the car, at least for a few years, before a removal operation is attempted. Usually I’m told that it has something to do with them being part of the car’s personality. I personally think that it’s more a case of laziness. Then again, there may be some people out there that enjoy the punkish personification their car exudes as a result of the Black Flag and Dead Kennedys stickers on the back bumper… even if the new owner is strictly an Ethel Merman kind of musical appreciator… or Jewel. Jewel works too. 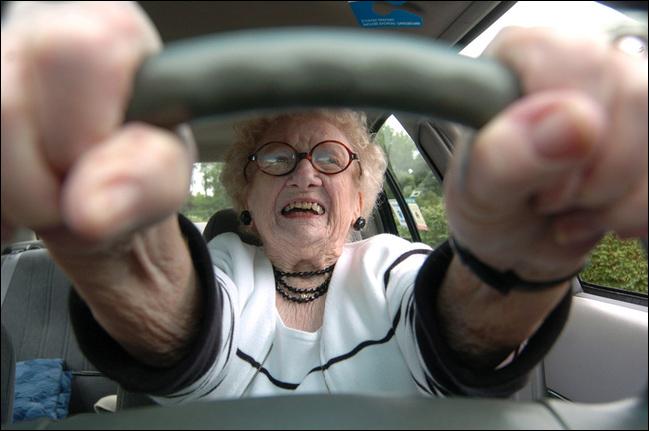 Personally, I’m all for bumper stickers. It gives people who need it the opportunity to practice reading, and it gives others the opportunity to something to read while stopped at signs and lights that hopefully, more ofter than not, make you smile instead of annoy you. I do want to point out though, that if you are one of those people that gets a laugh from the bumper stick you put on your car about your other means of transportation being “my mom”. There are a few things to consider before putting this on your car. First, you are clearly advertising that you are so incompetent of a driver that you often have to rely the constant charity of older women to give you a lift to where ever it is you are going. Also, if your motivation for putting this bumper sticker on your car is to express some sort of derogatory connotation, just remember that you are sharing with everyone on the road that you enjoy dating women who have been dead for quite some time. In short, get help… lots and lots of professional help.

All that being said, I think it’s time that I don my car with a bumper sticker that’s, well, me. After spending about an hour searching for worthwhile bumper stickers, here are my top 5 choices:

• You can’t be both Pro-life and anti-zombie.
• Thesaurus: ancient reptile with an excellent vocabulary.
• Dyslexics are teople poo.
• … 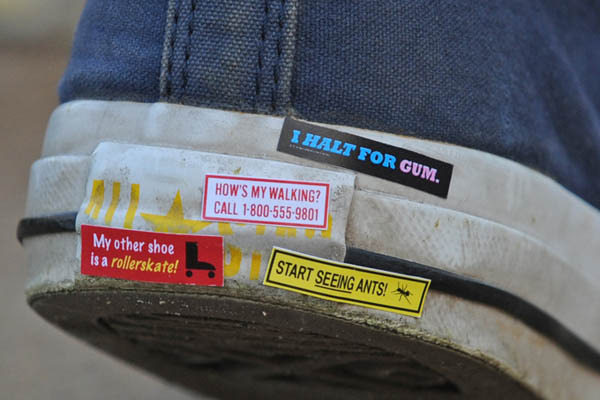 You know what’s sad. After looking at over 300 bumper stickers, I was only able to find three that I kind of liked and one of them was on a tee shirt and not a bumper sticker. I noticed that most bumper stickers are insulting and designed to express some type of negativity. I feel like Donald Sutherland in Kelly’s Heroes repeated line, “What’s with all the negative waves?” Maybe I need to look for a different approach to the bumper sticker concept.

I think I’m going to have to come up with my own and have it custom made. Something like, “The Turtle Moves.” or “Rowsdower.” or something like that. I’m sure there’s plenty more I could come up with simply by borrowing lines from some of my favorite books. If any of you have any brilliant bumper sticker ideas please feel free to share. I’ll tell you what, if I use your idea for a custom made bumper sticker, I’ll get at least two made and send you one as well. Deal? Deal. I’ll announce the bumper sticker next month.