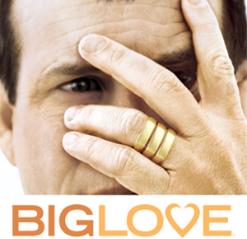 Over the years Hollywood has definitely played a role in how main stream society looks at the state of Utah and specifically the inhabitants therein. This is largely imparted by television shows like Big Love and Sister Wives. Shows all about the rampant and yet highly taboo and hush, hush topic of polygamy, which is really not that hush, hush anymore thanks to having two highly watched and successful shows about that specific subject. Now perhaps it was a result of my cutie-baby-sweetie-pie-wifey-pooh’s obsession and occasional discussion about the show Big Love that is to blame, but something came to mind while I was in DC that made me wonder if I, in a rather unintentional way, was contributing to this media hyped stereotype of Utahans. 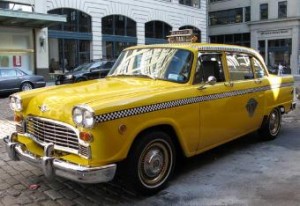 As it happened, there were four of us from Utah that went to this four day conference in DC. My first polygamy giggle happened when all four of us climbed into a taxi and headed to our hotel. It is important to point out that the other two people/friends from Utah, going to the conference, were women. Yes, one man and three women from Utah, getting off the plane and all heading to the same hotel for the week. I did wonder if our taxi driver was curious about us and our relationship to one another when we told him we had just arrived from Utah. Of course, considering the taxi driver was mostly just cursing at the other drivers on the road, I soon dismissed that he had given it any thought at all.

My second unintentional moment of giving strangers an “I wonder” about polygamy in Utah, or more precisely if I was a polygamist from Utah, happened when we checked into the hotel. As it turned out Angela and I were on the sixth floor. Our two friends, however, were not. When we discovered this we tried a little finagling to get them on the same floor we were on. The first thing we checked was is to see is if they could get into a room right next to ours. When that didn’t work we tried to get them on the same floor. And when that failed, we were at least able to get them a few floors closer, moving from the second floor to the fourth floor.

It was about an hour later, as Angela and I were unpacking, that I realized our little attempt to get our rooms closer may have come across a bit Big Loveish, especially since I was some guy from Utah and Angela and her friends were three ladies from Utah, all trying to get their rooms as close together as possible. I could see how one might wonder about this. I told Angela about my observation… she laughed and then told the others, who join her in snickering about the possible confusion we may have unintentionally caused, which in turn got me smirking about the whole thing.

Had I been from anywhere else, I wouldn’t have given it a second thought, but because we were all from Utah, I was curious how many people started to wonder in that direction. Now I admit I’m reading way too much into this, but there was one reoccurring question that kept coming up that seemed like it could be designed to “out” people from Utah that may possibly be a part of the Sister Wives school of matrimony.

The question was, “Do you have any kids?” When we answered no, the topic quickly changed, which could be for a number of reasons really. Still, if there were any polygamist meanderings going on in their minds, telling them that we had no kids was the universal clarifier. Seriously, a polygamist without children is like a zombie who only wants to eat salad, or a pimp who doesn’t like to share, or a baconless BLT. It goes against the foundation of what it is you claim to be. 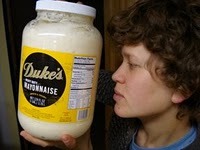 Of course, I’m sure some of you are now wondering if, since I’m currently living in Utah, I know any polygamists. No, but I have seen some, they love places like Costco and Sam’s Club and any food outlet place that enables them to purchase a bundle of 48 count packages of hot dogs and enough buns for all those dogs, and a gallon bucket of mayonnaise. Granted, that just might be the family I saw a few months ago and not all of them in general. I have no idea why anyone would need that much mayo, let alone four containers of it, but I guess if it makes them hap… no, I still don’t get it, but apparently they do.

Anyway, I am 99.9826% sure that the Big Lovin’ in DC was all a mental fabrication of my own device, but… if there was a .0174% of a person out there wondering, I sure hope this cleared things up. Oh and I do need to say, if you’ve never been to DC, go. It really is quite an amazing experience and well worth it.

So, have any of you ever been on holiday were you own imagination leads to the ongoing and eternal question, “I wonder what others are thinking about me?”