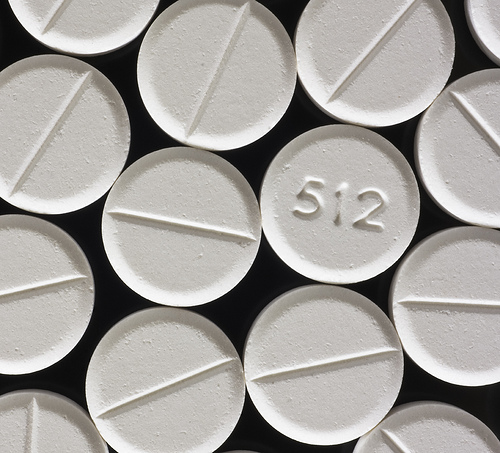 It was a number of years ago. I ended up getting a wee bit of shoulder surgery and to help with the pain during my recovery, I was prescribed Percocet. Up to this point I had never been given this substance. In fact, when it came to prescribed meds I had only tried Tylenol with Codeine. They gave it to me when I had my appendix removed. I had also tried penicillin for the numerous times I got Tonsillitis growing up, which were never removed.

Seriously, I got Tonsillitis 4 or 5 times growing up. And no, it was not because I was a make-out man-whore. I mean sure, at the time I wished I was, but hanging out with friends always took precedence over the prospect of making out. Ok, and, more accurately, it was the fact that I was shy and a bit of a social retard when it came to figuring how to chat up members of the opposite sex in such a manner that would result in sucking face.

So… right! I ended up with a prescription for Percocet, which I found was very misleading name in my opinion. When I initially heard the name pronounced it sounded like perk-o-set. It sounded great. I figured with a name like that I would not only remove my pain, but it would also set me up as a perky individual in the process. How brilliant was that? I’d be perky, happy, and pain free right? Wrong!

Like any drug commercial you see on television these days the one thing you can count on 100% of the time is that the drug will have side effects. These side effects are quickly discussed, and it always seems to take longer to list these effects than it does to go over the actual benefits of the drug. Percocet is no different. Only no one at the hospital offered to spend thirty seconds to a minute to quickly list all the possible side effects I could experience.

So I started taking my pills, as directed, and I started experiencing some things that I hadn’t noticed before the operation. Things like dizziness and lightheadedness for a start. There was drowsiness, nausea (without vomiting), and an unexplained unpleasant feeling (dysphoria). And then there was the itching… oh god the itching. It always seems to creep across my back. Yes, the one place that someone who just had shoulder surgery would have the most difficult time getting to. I felt like Baloo, but instead of singing the Bare Necessities while trying to scratch my back by rubbing it against any protruding wall, or tree, or anything I could find, I was mostly just swearing loudly, at… at everything. Yeah, for me Percocet = instant turrets.

Instead of calling it “Perk-o-set” they should have called it “grumpybastard-o-set”. Because every time I took a pill you could be sure I’d be set as a grumpy bastard for the rest of the day. I was actually back to work a few days later, but I had no idea what the problem was and why I was feeling so ornery, and that it how it happened. I was at a weekly departmental meeting, all jacked up on my grumpy bastard pills, and I was asked to share. Ok, so here’s what happened…

I did a wonderful job staying silent through the whole meeting, until… See, at some point in the weekly meeting there was always a period near the end were we would go around the table and everyone would take a few moments and report what they were working on and how things were coming along. Well during this time I had been assigned to work with the boss’s niece, whose father was one of the main shareholders for the company. So, as is always the case in this type of situation, she was given a well paying position for a job she had absolutely no experience in doing, and most the time didn’t. It was a summer job for her, so she could make some money to go shopping before college started.

She was assigned to head a project that I was ultimately responsible for. She needed to do some testing on a new product and get with me so I could get the documentation done for it. At the time of the meeting it had been over a month since the testing had been assigned and I had still gotten nothing from this girl. In fact by this point in the summer she was only showing up for work about twice a week for 4 to 5 hours at a time, and, if I remember right, spent most of her time IMing her boyfriend from her work computer.

Now in normal times and in times where I was not full of drugs I was having an allergic reaction to, I would have been able to address the situation in a much more diplomatic way. BUT, because of my induced state at the time, diplomacy was not on my list of things to consider, nor was the always reliable “think before you speak”. So when they asked how the project was going, I just blurted out exactly what I was experiencing and what I thought. I believe my response sounded a bit like this, “I have no idea. Alice (not her real name /wink) has been in charge of this for almost two months and she has not given me any information yet. I keep trying to meet with her to talk about the project, but it’s not like I have a lot of options. She’s only here maybe two days a week, if that.” 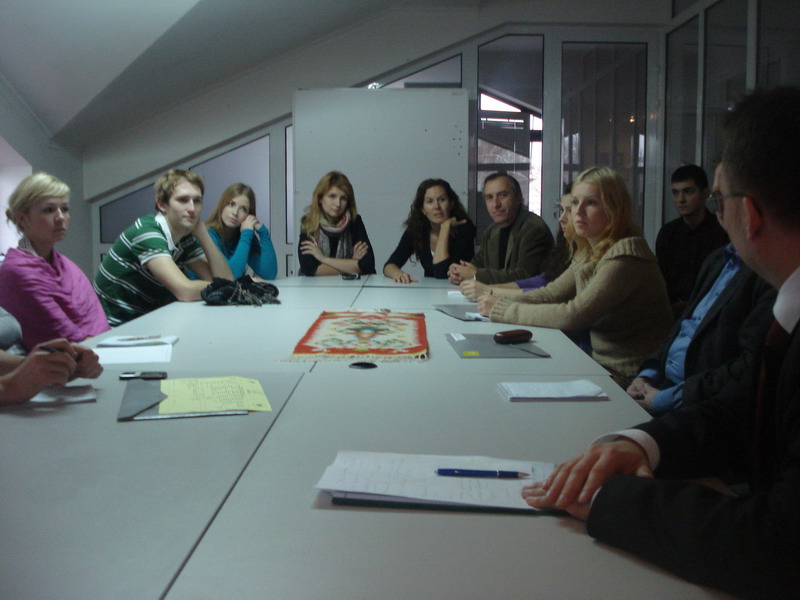 It was at this point I notice how big everyone’s eyes had become and that everyone at the conference table was staring at me, but at the same time trying not to make any eye contact. The thing was I didn’t see anything wrong with anything I had said. Everyone stayed pretty clear of me the rest of that week. On a plus side, it sort of worked. Someone else was reassigned the project and we got it done about two weeks later. Plus, I didn’t get canned for pointing out the complete lack of performance from the boss’s niece, so that what a good.

It was a week later while at physical therapy that I mentioned some of what I was experiencing, and they suggested that I talked to my doctor about getting a new and different prescription as soon as possible. The next day I was on new pain killers and life was back to normal. When my boss noticed my return to normality we had a little talk about my behavior at the meeting. I was a touch surprised when she explained my demeanor and candidness during that meeting, which I had completely forgotten about until she brought it up.

After explaining my prescription problem and how it had been corrected, I was pretty much off the hook. It’s amazing how forgiving people can be when you legitimately use the excuse, “I had a bad reaction to some new meds.” It seems everyone has, “been there” at some point in their life, and seems pretty willing to forgive that one. I think it’s a sort of karma thing, a sort of cosmic at work get out of jail free card due to a bad meds reaction. I mean when I hear someone use that excuse on me I’m very willing to be very forgiving, because, hey, I’ve been there.