An Incomplete Guide to How the Sexes Watch Television 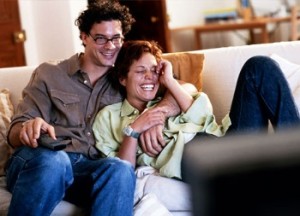 It’s a fact, men and women watch television differently … at least it’s a fact at my home. This Smirk is a collection of observations about the differences I’ve noticed when watching television with my sweetie-baby-cutie-pie-wifey-pooh. Clearly this is going to be mostly one sided, but I do think there are cases that most can relate to.

When it comes to watching television with your significant other there are a number of classifications for shows. The first one is the “yay us!” joint appreciation show. These are shows that both of you watch together and thoroughly enjoy. For us this includes/included shows like: Arrested Development, Castle, and Pushing Daisies.

Then there are the “thanks for introducing this to me” shows. These are shows that one party discovers and shares with the other party and soon it becomes as weekly delight that both parties enjoy together. For us this includes/included shows like: Modern Family, 30 Rock, Numb3rs, Battlestar Galactica, and Monk.

Then there are the “putting-up-with-it-because-it-makes-you-happy-and-I-get-a-kick-out-of-hearing-you-laugh” shows. This field usually caters to me since Angela always has lots to do and she can work on her PC next to me on the couch, while I watch the show and giggle. This includes/included shows like: The Big Bang Theory, Better Off Ted, and Psych.

Of course there are the “hell no!” shows that one person loves profusely and the other will have absolutely nothing to do with, refusing to even be in the same room with their significant other when they are watching them. My shows that Angela will not watch with me include: MST3K, The IT Crowd, and Doctor Who. Angela’s shows that I will not watch with her include: The already mentioned Gray’s Anatomy, American Idol (or any similar reality type show), or anything with a wedding theme.

Attention to the Real in the Make-Believe 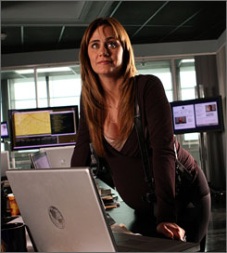 So last week Angela and I were catching up on an old series that we’ve just started watching, courtesy of Netflix, and in the span of one episode to the next, one of the main characters is suddenly being filmed differently. She spends more time in the office, and whenever she is in a scene she is behind her desk or is carrying something in front of her like her coat or a clipboard filled with paper. My first thought, which I am classifying as the typical make response to watching television, was that they just didn’t give her an active part in that week’s episode. Angela on the other hand, which I am classifying as the typical female response to watching television, became increasingly interested in the scenes this actress was in and by the end of the episode she proclaimed, with a high level of certainty, that the actress was pregnant in real life and show was trying to cover it up.

My reaction, “Oh … ok. Yeah, you’re probably right.” and I didn’t give it another thought with each subsequent episode. Angela, however, continued to watch each following episode with hawk-like intensity, and took great pleasure whenever there was a slip up in the angle which allowed the viewer to see her always covered stomach even for a second. She even had me rewind a scene and pause it at one of these spots so that she could gloat that they could fool her, and that the actress was clearly pregnant.

To be fair, men do this too, but the focus is a bit different, specifically … gun shots. Men are commonly obsessive about counting gunshots, and get incredibly testy the second a revolver fires its seventh shot without showing the person with the gun reloading it first. Nothing puts a man off a full blown gun fight than the blatant disregard for realistic attention to shots fired per shots available ratio.

Salon Day
When an actor/actress visits their hairdresser, it gets noticed, usually by the females first and then eventually (maybe), two episodes later, the man may notice that there is something a little different about characters appearance. The only time the appearance change is noticed the same time it is aired for the first time is when it is pointed out to them by their significant other, which is a result of one of the following statements 1) “Oh I like her new hair,” or 2) “Eww that is a horrible haircut.” 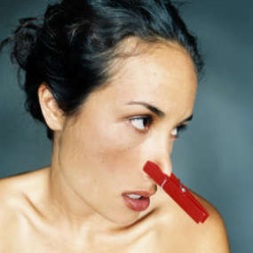 When a guy does not like a character on a show he is watching, he’ll express this sentiment the first time the person shows up in the episode and leaves it at that. If it is a reoccurring character it will be said every episode that that character appears in. When a woman does not like a character, a key flaw about that character’s appearance is noted and then it is pointed out repeatedly throughout the entire episode. For example if a character is deemed annoying for, say, having an overly nasally voice, you can bet that each time that person says a line that line will be repeated out loud by the annoyed female watcher, who will most likely make sure she plugs her nose so that she can echo the character in as nasally a voice as possible. 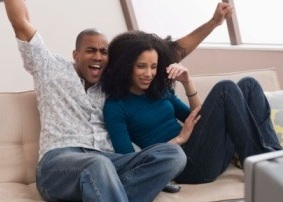 The one thing I can tell you about women watching sports is a result of watching soccer with Angela in Italy. It was on late at night while trying to get use to the new time zone, and I am basing this knowledge based on her viewing habits of these games. The woman will pick who they want to win by who has the better looking outfit (team jersey color), or if the team is named after an animal they have an affinity for.

So there you have it, some of the key differences to how men and women watch television. If you have any personal observations you’d care to share, I’d love to hear them.