A New Start to a New Year 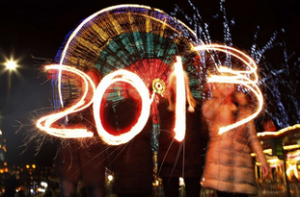 I suppose you could say I started the new year with a bit of a purging, and no not in a “I had too much to drink New Years Eve” kind of way. The first of the year started off with my sweetie-baby-cutie-pie-wifey-pooh finally managing to pass her cold on to me. I’m not sure why, but whenever I catch a cold, I really don’t start feeling better until I’ve shared it with someone else. The same seems to be true for my wife. Once I caught it, she started feeling great again.

To avoid becoming “that guy” who goes to work sick and sharing his illness with as many people as possible. You know the ones, the walk around with a box of Kleenex always at the ready and for some reason always feel compelled to have a coughing fit right next to a fan; for optimal infection spreading no doubt.

My cold resulted in me staying in bed for the next three day, days I should have been at work . . . or so I thought. 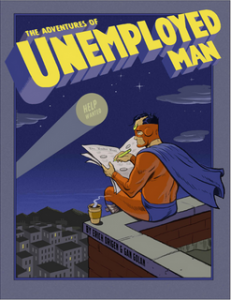 When I arrived at work, I was kindly informed, well as kindly as one could, that I no longer had a position at the company. I wasn’t exactly fired, I just didn’t have a job there anymore. They had restructured a few things while I was enjoying my Holiday vacation and when I got back, the restructuring had deemed my job title extinct.

Out of all the things I was planning on doing when getting back to work that Monday, using my (now former) work computer to apply for unemployment was not one of them.

Was I pissed off that a company I had worked for over seven years had just dismissed my job under the guise of restructuring? No, not really. I seemed like a waste of a lot of energy for something that wouldn’t change anything. In complete honesty my main thought was, “Oh god, I have a mortgage to pay in a few weeks” mixed with a slight desire to vomit.

At least starting the New Year out sick meant that I had a job three days longer than I was supposed to, so who says being sick is always a bad thing. Not to mention, watching reruns of 80’s television shows on Netflix, while supped up on cold medicine, will move you to try to convince someone you respect and love dearly that, “Magnum PI was actually a pretty good show.”

So once home, with renewed health and a resume that hadn’t been touched in seven years, I got to work. I’ll admit, it’s amazing how much one can appear to do for a company when you break things down into single sentences and put them into a bulleted list. I mean, just to name a few, I can document processes, communicate company/procedure updates, create policy, motivate others, address employee concerns, assist in hiring, put together a disaster recovery plan, plan company parties, and quote old movies from the 80’s (which after much deliberation, I opted not put on my resume, but it’s still a very important office skill). 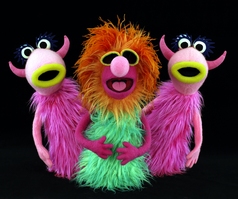 I do have to admit one thing, I’m so glad I used my personal email to sign into Pandora at work instead of using my work email. I have ten stations that have been sculpted and manicured into listening gold. If I would have had to start over, I just might have cried a little. It reminds me that those seven years was not a total waste. Besides, it does make emailing my resume to multiple businesses throughout the week a little more enjoyable, well, that and the Muppet action figure of the Mahna Mahna guy sitting on my desk.

I’d like to say I’ve hit the ground running, but the truth is, there’s been a fair amount of reflection and pondering on what to do next. Not so much job wise, but what I want to accomplish this year for myself. So I’ve been making a list, my list for 2013. It definitely started off new, and different, but not necessarily bad. And I can’t wait to see what happens next.

So here’s to a new year, one that I plan to keep laughing through, and hopefully you’ll come along for the ride.