A Fowl Start to the Day 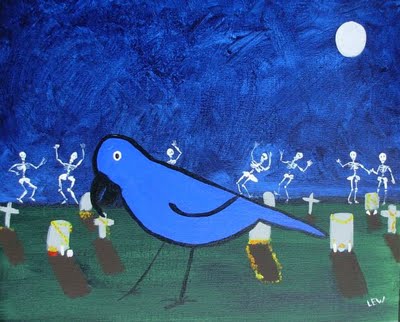 I was trying to figure out a good way to start this and I figured why not rely on the always feel good lyrics from the usually feeling good when he was still alive reggae legend Mr. Bob Marley… who was also a ghost in the story Christmas Carol… no relation. I give you the opening lyrics to the song Three Little Birds…
“Don’t worry about a thing,
‘Cause every little thing gonna be all right.“

For the record, it wasn’t my fault. It was either him or me… well, it or me (no idea if it was a he or a she). I was in a sort of hit and run this morning on my way to work. Although to be accurate, it was more of a kamikaze bombardier run into the front of my car followed by a medium sided sounding thump and ball of black feathers ricocheting away from my car and into the turning lane before I could even hit the brakes. I thought about hitting the breaks once I saw the bird bounce off my car, but really didn’t see the point.

My first feeling was one of sadness. Poor little thing didn’t have a chance. It was a little like watching a six ounce bird trying to stop a one ton car using nothing but its wings… oh wait, that’s exactly what it was. Ok well how about, it was a little like watching a strip of gauze tied between two trees as a way of stopping an out of control semi, or using bug repellant to keep from being eaten by a bear, or filling a pint with cranberry juice and becoming sad when you discover you’re not getting intoxicated… ok so maybe I got a little of track. 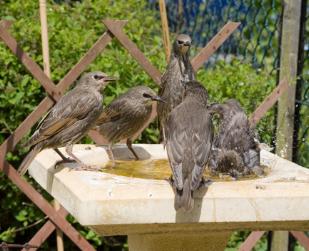 Still, I was a little sad. My first thought was of a nest full of eggs what would remain unprotected from the elements. Then I figured that the nest was empty by now considering we are well into the season of summer. The bird probably had teenagers by now, which could help explain its motivation to call the whole thing off. I just hope the little thing left a note so that its friends knew not to expect him back at any point in the future. I also hope that the friends feel compelled to hit the local bird bath to have a drink in its memory. I’m sure it would have appreciated that.

As for me, at first I was a little unsettled about my unplanned assistance in this event. I felt as though I had unwittingly become a Kevorkian Doctor Doolittle and was concerned that if word got out I’d have a constant barrage of bipolar or terminal creatures’ swan diving into the front of my car every time I left the house. I mean, I don’t think I have the insurance to cover that kind repetitive onslaught. Not to mention, I’m not good at washing my car on a regular basis and am not terribly excited about the prospect of that little job become an everyday occurrence.

Eventually, I came to terms with the notion that I was helping this summer fowl complete its commitment to life… by dying. And let’s not forget that as a result of it dueling my car and being a topic of unintentional satire, it is will forever be remembered as, “The little bird that couldn…” actually let’s go with, “The little bird that chose not to.” It has a better ring to it.