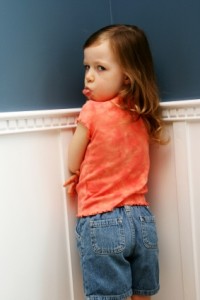 Well, it finally happened, Facebook temporarily suspended my account because their system detected I had engaged in abusive behavior. So what was this abusive behavior? It’s not like I was going around typing flatulence sounds on people walls, or going to cat fan sites and saying how much better dogs are than cats, or going to the Tea Party Facebook page and telling them that Obama is the only Christian in power that will save this country. Nope, what I did was efficiently ask people from my home town for a little help. Efficiently being the key element here.

Ok so here’s the thing, hmm, it’s a little tough to write about since it’s a surprise birthday present, and if the person happens to read this and I give specifics the surprise factor loses all of its ‘sur’. Ah screw it, here’s the situation, I’m trying to collect stories about my dad from his students. We was a teacher for over 25 years in the same little town, and since he’s turning 70 this year I thought it was be a nice gift to surprise him with a collection of stories/memories from people he worked with and/or taught during those years. 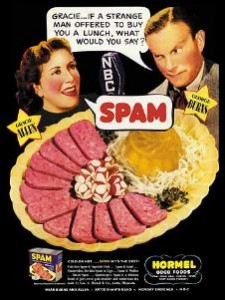 I even managed to find a site on Facebook that is dedicated to people who grew up in this little town. So I’ve been sending everyone on the site messages asking them if they knew my dad and if they have a story they’d care to share. In order to be efficient, I wrote one master letter explaining all this. Then I cut and paste the letter to 10 to 20 people on the site and send them the message. I send messages until I get that warning that says I am engaging in spam like behavior and I stop for the day.

This is because I am cutting and pasting, instead of writing the same thing over and over again and wasting a bunch of time. What they notice is how fast I am sending these messages and not the content of the messages. I was told I was behaving like a spammer… and in a way I guess I am spamming people I don’t know, but it is directed at people that grew up where he taught, so there is a good chance they may know my dad even if they don’t know me. Besides, it’s for a good cause.

Now I’ve got two weeks to go, and am a little unsure how to proceed with trying to contact more people about writing about my dad. I really don’t want to lose my Facebook account because some program flags my actions as abusive, just because I’m trying to get some stories about my old man… shame on you Facebook for trying to destroy an old school teacher’s birthday surprise. 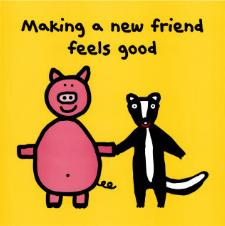 I mean, I do get it. I understand the “leave people you don’t know alone” concept. However when you have a creation like Facebook that is about interacting with other people, wouldn’t part of that experience also include making friends with people you don’t know? I’ve met many brilliant people from all over the world as a result of asking strangers to be my friend for the sake of taking a peek at my writing in hopes that it will make them smirk a bit. Thank you all by the way. I’m very grateful for the opportunity that Facebook has given me to introduce myself to, to connect with, and to call these people friends.

That being said, let’s take a look at some of the details Facebook sent me about this “abusive” behavior. 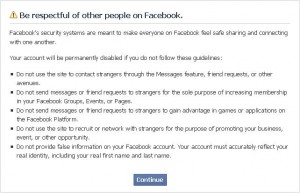 “Facebook’s security systems are meant to make everyone on Facebook feel safe sharing and connecting with one another.

Apparently the way to be respectful of others on Facebook is to avoid contacting strangers in any way. For being a site that is all about “Friends” that sure doesn’t appear to be very friendly behavior now does it?

I guess the thing that strikes me as silly about all of this is I get a message like this and when I restored my account the first thing to greet me on my Facebook page was that row of Facebook Ads, which are doing exactly what Facebook says I are not allowed to do. Difference being is that others are paying Facebook to behave the way that would get my account permanently disabled. I mean, isn’t all an ad on Facebook trying to do is recruit and network with strangers. Aren’t these ads essentially a message being sent to thousands of strangers (or more) by someone on Facebook? They might not show up in the strangers message Inbox or as a friend invite, but they are messages posted on strangers Facebook page in the form of an advertisement. Ahh capitalism, whoever says you’ve left us? 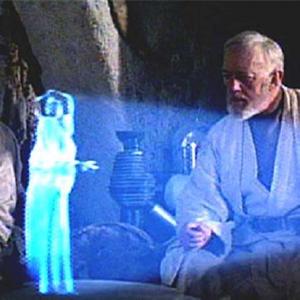 So is the birthday book at a “cease and desist point”? No. It’s just more at a “we need to talk” point. I think I might have a new plan that just might work. For now I’ll need to rely on the kindness of friends who know strangers that might have been taught by my dad. Wish me luck! I sure hope it’s not considered abusive behavior to cut and paste a form messages to hundreds of my Facebook friends that grew up in your home town asking them to send the message to people they are friends with from my home town. In the immortal words of one princess to one desert roamer, “You’re my only hope.”

If you have any suggestions, I’d love to hear them.