A Cause to Pause – Department Store Cameras 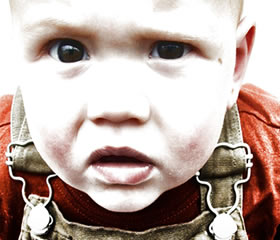 Have you ever been going through your daily cycle, minding your own business, keeping to yourself and all of the sudden you find yourself either in a situation or watching a situation that compels you to stop dead in your tracks and pause so that you can fully take in that moment and experience. Then walk away from that moment in either a fit of giggles or a retrospect of bewilderment. I think everyone has these moments. In fact, I think simply by leaving the house you can’t help but have them.

The moment that caused me to pause this past week, begging me to highlight it in this week’s Smirk has to do with department store cameras. The cameras I am referring to are the ones that are positioned just inside the door of the store you are walking into, recording every entrance and exit. In this particular case the store involved has chosen direct the camera feed to a television which is bolted to the ceiling right inside the store. The television is positioned toward the doors, allowing everyone who enters the store to watch themselves walk into the building.

I’m not sure of the motivation for this practice. Is it a type of subtle mind game for would-be shoplifters? Does watching yourself walk into a store imprint on you that if you can see you then obviously while you are in the store it is watching your every move? It’s a little Orwellian and paranoia inducing if you think about it. Actually you better not. I imagine if you think about it too much, it will only add to the paranoia.

Then again it could be a device used to invoke a desire to purchase items you had no intention on purchasing in the first place, specifically clothing related. While watching yourself walk into the store do some people look up and think, “Wow, these jeans really do make my butt look big,” or “This top and this bottom just do not go well together, I better get something that matches.” Perhaps in a man’s case it could be a reminder such as, “Damn, I’ve worn this same shirt for a week now, I should probably get a second shirt,” or it could simply serve as a reminder to buy some laundry detergent. 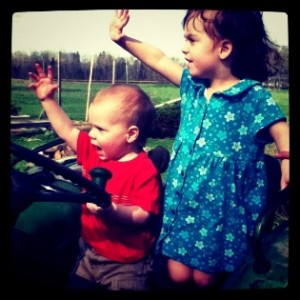 Usually when I walk into this store and see myself my first impulse is to wave, because “Hey, I know that guy!” Growing up in a small town, it was engrained in me to offer a friendly wave to people I know, which at the time was everyone I saw. Once I moved to the city, there are just so many people that I don’t know that it has become common practice to keep to myself when wandering around in public. However, this also means that when I see someone I know in public I wave vigorously until I’m noticed. The down to this is that if the person I am waving to has kids, they instantly think I’m a freak and an embarrassment to the human race. To help repair this unfair youthful judgment, I usually make it up to them by buying a bag of ring pops and walking around the store with the kids while we suck on the giant ring suckers wrapped around our fingers and sticking out our tongues at each other to see if they have changed color yet.

On this particular day (the one the held my latest cause to pause moment) I had just walked in front of the sensor that instructs the electric doors to “get out of the way,” but before I stepping into camera range and onto the television screen I saw standing about twenty feet in front of me a young kid, maybe seven or eight standing all alone staring up at the television screen. He was intently watching his every move. He slowly lifted and lowered his left arm. Then he lifted up both arms and mimicked in the movements of a bird flapping its wings, while lifting one foot off the ground, the entire time his eyes refused to leave the same time footage of him flapping away on the television screen.

He calmly placed his foot back on the group and dropped both flapping arms to his side and then is a sudden surprise movement he jumped into the air and spun around so that his back was now facing the camera, still keeping his gaze fixed to the television screen the whole time. Then, with his head still twisted around and looking up toward the screen he slow leaned forward, raised one hand into the air and started to repeatedly slap himself on the ass. Then, in an instant almost as randomly as it had begun the boy stopped. This whole scene had lasted maybe ten seconds. 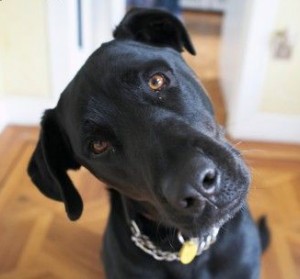 After stopping, but still in his slightly leaning over pose, the kid started to look around to see if anyone had noticed what had just transpired. When he spotted me standing in the store’s doorway looking at him with my head half tilted and a confused “What the hell?” look on my face, he stood up straight, spun around and sprinted off towards a grocery cart a few yards away with what was surrounded by what I can only assume were his family.

It was as I took that first step into the store and onto the screen that had just witnessed a boy spanking himself for failing to fly that I started to laugh. It took me ten minutes to remember what I had walked in there to buy in the first place. It was definitely a worthwhile cause to pause.