10PM on a Friday Night… Goodnight Everybody!

by Richard Timothy | Jan 24, 2010 | Adolescent Shenanigans, Non-Fiction, Observationally Speaking, When I Was a Kid | 0 comments

This weekend hit a transitional moment in my life… Ohhh sounds ominous doesn’t it? Truth is, it’s probably just a fluke or a random phenomenon, enous, eni, no ena… yeah phenomena, I think that’s right. So a phenomena in opposition to what is a staple of my aging night life.

It’s kind of sad really. In the earlier version of myself I was quite a professional night owl. Of course I had very good teachers. My parents were always up until midnight or one, or two in the morning, or… actually 2AM on a weekday was usually the latest anyone would stay up when I was little. The thing was it was normal. I remember having a conversation with one of the local cops who said that one thing he could always count on was that the Timothy house would always be lit up well into the middle of the night.

The late night teen years encompassed the most concentrated collection of late nights and consecutive all-nighters. I think my record was three days without any sleep. It’s not that I have had anything to do or any homework, or any Atari games to keep me up. No, I think it’s because I wanted to write really bad teenage poetry about girls I had crushes on that I believe the parlance of the time was “didn’t even know I existed.” After the half way through the second night, I think the motivation shifted to, “I just wanted to see how long I could go without sleep.” 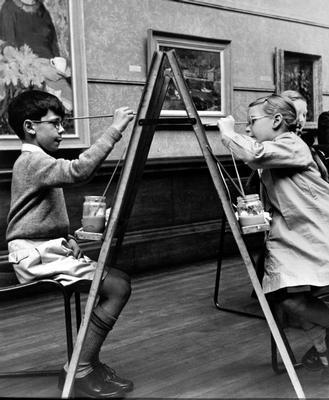 It was on the third day of no sleep where I had my first and only hallucination. It was during my art class, 5th period, right after lunch. I was working on a pencil drawing of a lady in a dress almost in a profile view and with her arm hanging down to the side, in front of the dress.

Everything was fine and normal. I was shading along the dress next to the arm and then it happened. The arm became three dimensional and popped out of the drawing, just hanging there in front of the dress. I wasn’t worried or confused was to why my a portion of drawing had decided to become three dimensional, I was just annoyed. I kept trying to shade the dress around the arm, but the arm kept moving to where I was shading, constantly getting in my way. So I started grabbing the arm and moving it out of the way so I could shade the dress. I kept losing my grip and the arm kept moving back to get in the way again.

This lasted about five minutes, until I heard someone saying my name. It pulled me out of the intense focus I was giving drawing. I looked up and sitting across me was one of the other kids in class. “Yeah?” He started explaining what he saw and wanted to know if I was alright. Apparently the action of my grabbing at my drawing, trying to push the arm out of the way was a little visually disturbing to the boy.

I told him I was just a little tired. Adding, “Damn it.” when I looked back down at my picture saw what I had being doing to my drawing. It was starting to look like the dress was coming through the middle of the lady’s arm. I commented I should probably go home a little early and started erasing my artistic result of my hallucination in art class. Once I got home I took a 13 hour nap. 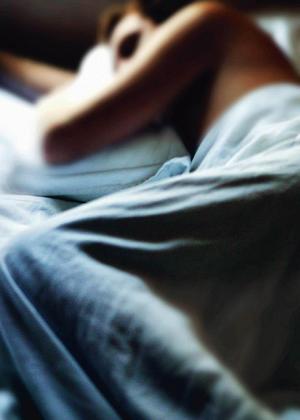 Things have not changed all that much from my youth apart from the all-nighters. I mean I do get to bed a bit sooner, usually midnight. Going to bed early is being in bed by 11PM. So when this Friday arrived let’s just say it had been a full week, which left me a touch worn out. I thought about taking a nap, but got side tracked with a new book I’m reading. After thirty or forty pages my eyes started reminding, through a series of uncontrolled shutting that, oh yeah, I was going to take a little nap. Knowing that I had missed my window of napping opportunity I decided it was time to get some sleep instead.

I brushed my teeth and climbed into bed. I looked at my clock and make sure the alarm was turned off so I could sleep in a bit and, guess what? It was just barely 10 o’clock. Un-bloody-believable, 10 PM on a Friday night, I was going to bed earlier than I have in almost 10 months (being ill the only exception). I thought about it for a few minutes, then came to the conclusion, “Bugger it”, I was tired.