Men Hate the “What are you thinking about?” Question 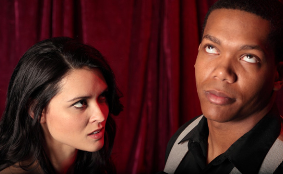 Men hate the “What are you thinking about?” question. It is the ultimate battle of the sexes question. Having experienced the last 38 years as one belonging to the male gender, let’s just say I’ve picked up a few things about how my mind works and assume that that is how other male minds work as well . . . usually.

Men hate the “What are you thinking about?” question because we know it’s a test, and even if we’re implicitly told that it is not a test, we still know it’s a test. Sometimes we’ll attempt to confirm that we are thinking about the person who asked us that question. Sadly, we aren’t always believed when we give this answer. The thing is that this is literally the truth, due to how our brains have a tendency to work. 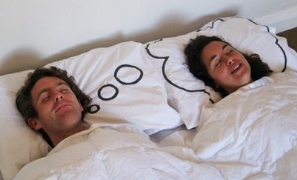 When men are asked, “What are you thinking about?” we instantly begin, regardless of what we were thinking about the second before, to think about the question itself and wonder why you are asking us that question.

See, we are thinking about you.

The question women really mean to ask is, “What were you thinking about just then?” because that would mean you want to know what we were thinking about prior to you asking the question. We figure this is what you probably mean, but we are a little more literal minded and chances are we’ll ruin the mood if we answer that question the way you intended it.

It’s not that we are thinking disgusting things, angry things, inappropriate things, things that make us smirk, or naughty things, well sometimes we are on those last two, but most of the time we not thinking of anything to evoke mushy feelings in that exact moment. Instead we are thinking of a very random topic that is vaguely related to the moment. 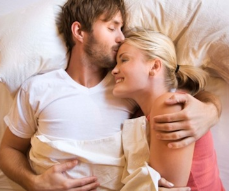 Here’s what I mean:

The other night after, you know, my sweetie-baby-cutie-pie-wifey-pooh and I were cuddling and she asked what I was thinking about. Of course my reply was her, but what I was really thinking about was playing basketball in the shower.

How is this possibly related to our prior activity? Simple, I was a little sweaty, which got me thinking about getting up and taking a shower after we cuddled a little longer. The thought of the shower got me thinking standing in the tub, the very tub that our two and a half year old nephew uses to take baths when he stays with us. We have all these toys that frequent the tub as a result and one of them is a little hoop with suction cups that you can stick on the wall. The hoop comes with three balls that float in the water and can be used to shoot into the hoop. It was a toy that I would have loved as a kid, but would still probably get a kick out of playing while taking a shower. And THAT is how I ended up thinking about playing basketball in the shower when my dear wife got around to asking me what I was thinking about.

You can see how the mood might have altered if I had answered that question honestly. And chances are most men are thinking of something as equally random as that when they are asked “THE” question. You can now see why we almost always choose not to answer the question honestly.

Most men know that women want a feeling/emotion filled answer. The trouble is that most men rarely think that way. We would love nothing more than to listen while the woman talks about their feelings and leave us to our obscurely connected thoughts about a seemingly random topic instead of being slapped out of thoughts by a question about what we are thinking, which you really don’t want us to answer honestly.

As much as men would love for the “What are you thinking about?” question to never be asked again, we know it’s just not going to happen. I would, however, ask that you don’t question us when we give you a loaded answer; because even if it sounds loaded or rehearsed, it’s going to be sweeter, more endearing, and a hell of a lot less random than the truth. 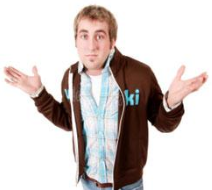 Note: Should you ask a man “What are you thinking about?” and he responds with, “Nothing” or “I don’t know” please do not pursue it. Chances are they were so caught off guard that you sprained their brain a little and they need a little while to reboot. Just take the lead and tell them what you were thinking about and ask if they agree. Changes are they will and they will love you that much more for not publicly calling them on it and just letting it go.

Image Sources:
Google Images, keywords: man rolling eyes, what are you thinking about, couple in bed, and man shrugging shoulders.